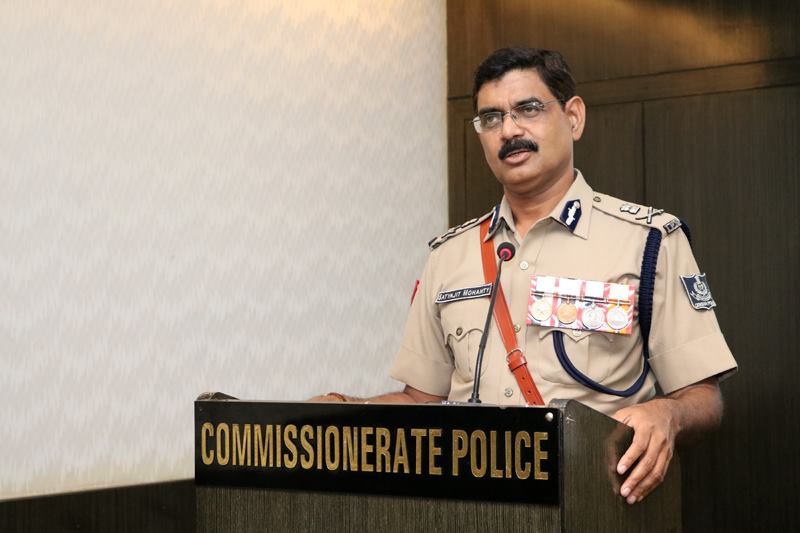 The Police Commissioner also directed the traffic cops to regulate the speed of vehicles by using interceptors on the NH in the city.

The top cop took the matter seriously after some precious lives were lost in road accidents on various over-bridges in the city.

Speaking to reporters here, Mohanty said he has directed the DCPs of Cuttack and Bhubaneswar to submit a revised report on the identification of black spots in their respective areas.

According to reports, two students identified as Girija Shankar Parida and Chandranshupati Mishra, were run over by a speeding truck on Nayapalli overbridge here on May 25. They died on the spot.

Similarly, another person died after his scooter hit a speeding truck on a flyover near Acharya Vihar here a couple of days ago.

The Commissionerate Police has been carrying out various awareness programmes time to time across the twin city to curb road mishaps.

Earlier the Public Works Department had put up speed-breakers and warning signs at three identified black spots in the city.

The three black spots are – on Janpath near Satya Nagar Kali Mandir Square, on Governor House-Jayadev Vihar road near Shastri Nagar Square and on the Jaydev Vihar-Nandankanan road near BPCL Petrol pump in Chandrasekharpur.

As per the data with the state transport department, road accident deaths shot up to 2,672 in the first six months of 2018  from 2,497 recorded in the corresponding period in 2017.