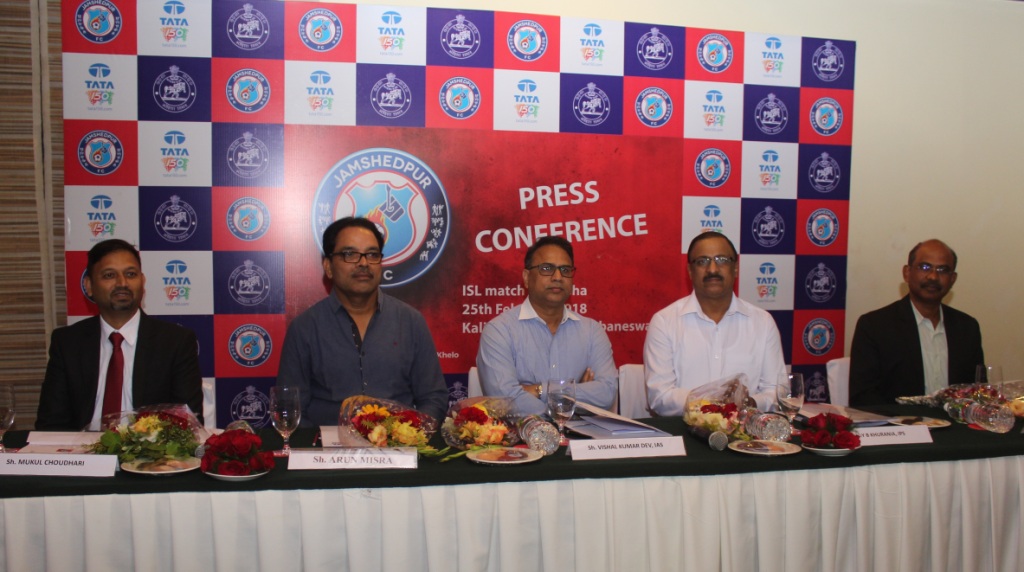 “We are proud to bring the JFC home match to Bhubaneswar, to enable the people of the state to experience and be part of ISL, the football fever that has captured the Nation’s imagination”, said Vishal Kumar Dev Commissioner-cum-Secretary, Sports & Youth Services Department, Govt of Odisha.

Commenting on the developments, he further said, the Kalinga Stadium is being revamped and upgraded as per standards of ISL regulations. Player dressing rooms have been newly created. The match-playing and practice grounds have been developed. Additional bucket seats have been put in as well. Development is also underway for a Players & Match Officials Area (PMAO) a.k.a ‘Competition Area’ adhering to set standards.

On the preparation for the match Twin City Police Commissioner Y B Khurania said, “All preparations have been made in the stadium and its vicinity as per ISL standard, as far as security and entering spectators into the stadium are concerned. We are thankful to the sports lovers of the state in general and Bhubaneswar in particular for cooperating with the police in maintaining law and order during the recent sports events and would urge their cooperation in maintaining law and order for smoothly organizing this match.”

“Tata Group, and Tata Steel, have always had a very strong connect with the community and JFC will further strengthen the same. JFC is Tata Group and Tata Steel’s attempt to contribute to Indian football and to see Indian football make advances to the world stage,” said Arun Misra Vice President, Project Gopalpur and MD, Tata Steel Special Economic Zone.

The officials informed that infrastructure and other facilities were being readied at the stadium for the match on February 25 against Bengaluru FC.

The football fever has gripped the denizens here as they are anxiously waiting to watch the match.

Did you know there exist a replica of Vaishno Devi temple in Odisha!

Cold wave in Odisha: Mercury drops below 15°C at 12 places

Dhoni’s mentor passes away after prolonged illness in…

Cyclone NIVAR: Here’s all you need to know