In Naxal belts and inaccessible pockets of Nuapada district, ASHA workers face difficulties of varied kinds. Despite the troubles, providing healthcare to villagers has always remained high on their priority list 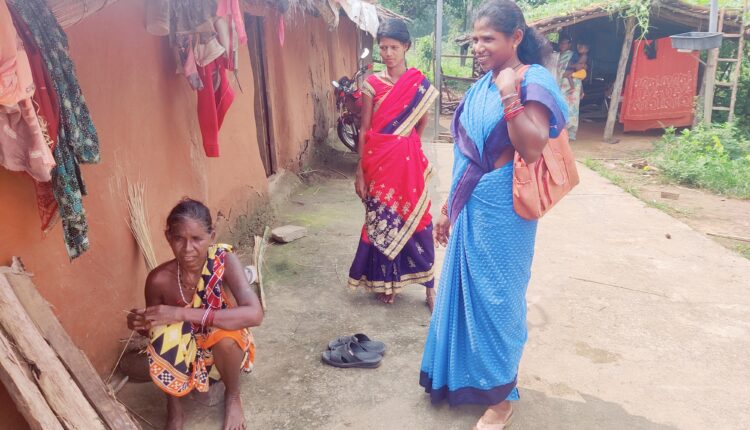 Nuapada: Sairunissa’s scars from a road mishap while returning from an institutional delivery haven’t healed. The 44-year old ASHA worker had collapsed due to weakness on the way back from the district headquarters hospital, after staying for a patient’s labour without food and sleep for two days. After eight stitches on her forehead, she was back on duty within just 15 days.

Her children, aged 17 and 12 years, are used to seeing their mother stay away for long hours and take charge of the house alone in her absence. Sairunissa’s husband Jahid Khan, a driver, too chips in, not just in daily chores but giving rides to his wife’s patients in emergencies as well.

Having worked as an ASHA in Michhapali village under Bisibahal sub-centre of Komna block for over seven years, Sairunissa’s selfless dedication to social service is vouched by almost every villager. At the time of her selection in 2015, Sairunissa’s son was only 5 years old. Her house was surrounded by forests and saw recurrent Maoist activities with Sunabeda sanctuary in vicinity. How did she manage during deliveries which required her to spend the night at the hospital? “I had bought a piece of land and gave shelter to an elderly couple and a hotel owner’s family. They are my adopted family and look after my children while my husband and I are away. This sense of security allows me to work without any fear,” she says, while giving due credit to her own family for sharing domestic responsibilities. 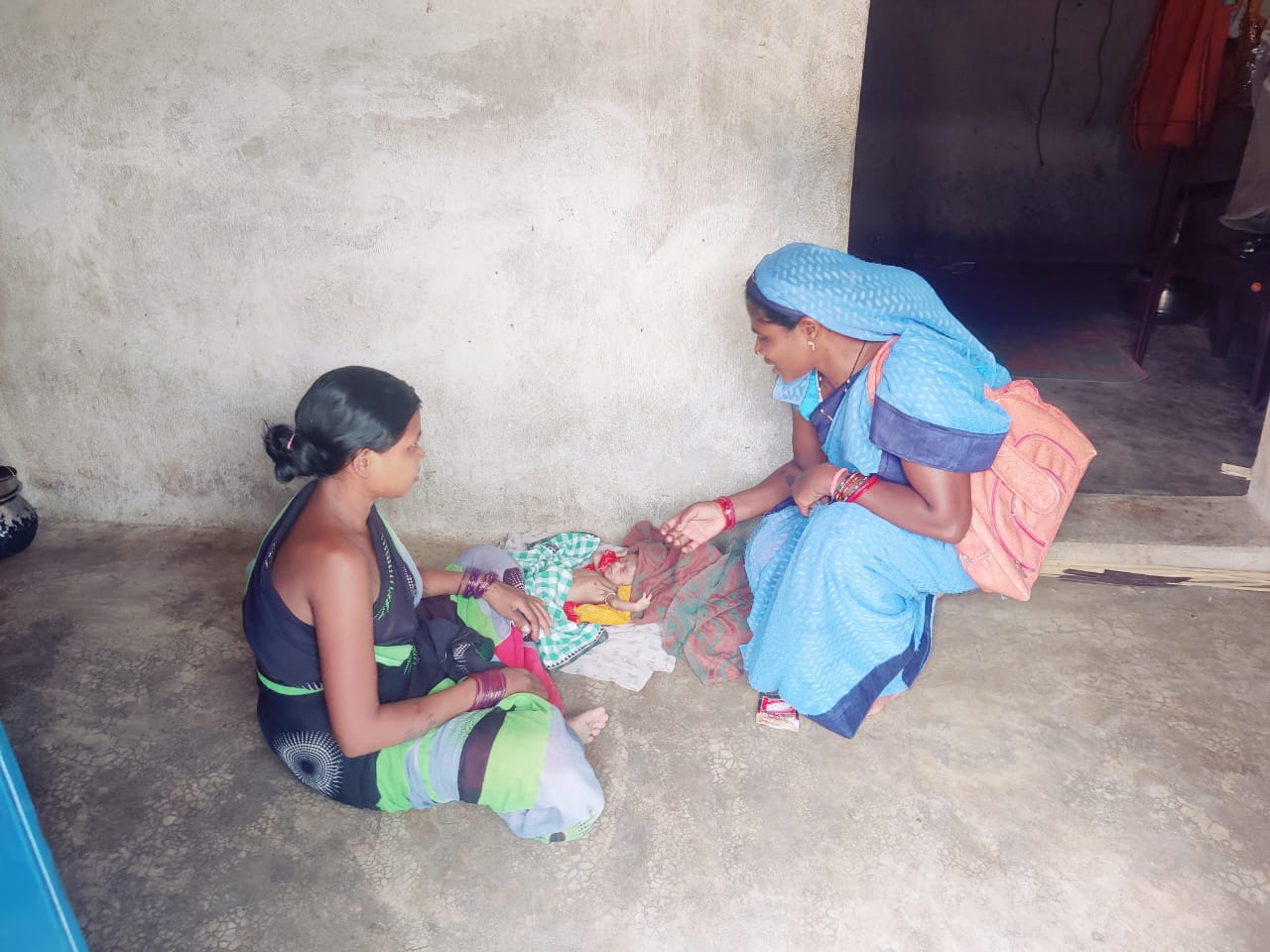 Hemakanti Majhi, an ASHA worker in Khodupani village in Maoist-hit Boden block, treks 4 km daily to visit Dudumjhola hamlet, home to the Paharia tribe. For deliveries, Hemakanti travels 15 km to the community health centre (CHC). Until 2018, there was no road and patients had to be carried on horses, mules or other makeshift arrangements to a point where ambulances can reach.

During emergency deliveries, she helps ferry expecting mothers in a sling or her husband’s bike and if needed, stays at the hospital for days at a stretch. This has been her routine for nearly 16 years now. But it has not been easy balancing her work with family life. Recounting her struggles, she says,”Back then, there was no maternity leave. I used to carry my son to work until he was one year old. When my daughter was born in 2011, I was back on duty within a month after delivery. That time, I could hardly earn `200-`300 a month and my mother in-law kept asking me to quit this work as I could neither earn well nor look after my kids. But I didn’t give in to the pressure as I loved my work. My husband’s support made things a lot easier.”

Now, she has sent her children to a sevashram school in Chikalchua. When she misses them, she makes pancakes for them and drops in on her way to the CHC. Even with Naxal activities on the rise in the block, she remains unfazed. “Two years back, a group of Maoists came and stayed at our place for a night. We cooked for them and then they left after the meal. This is a regular affair here and I don’t let that prevent me from doing my work,” says the 33-year old.

In Boden block, due to recent Maoist menace, three CRPF camps have been set up in the last three years, the most recent being near Patadhara village this year. Since the last four years, left wing extremists have revived their base in Patadhara forest contiguous with the Chhattisgarh border like the Sunabeda sanctuary. Patadhara along with six other villages of Bhainsadani panchayat in the jungle area are more than 30 km from Boden CHC. Add over 20 km more for the hamlets higher up in the plateau from Dhobghat, which is the point where the motorable road ends. 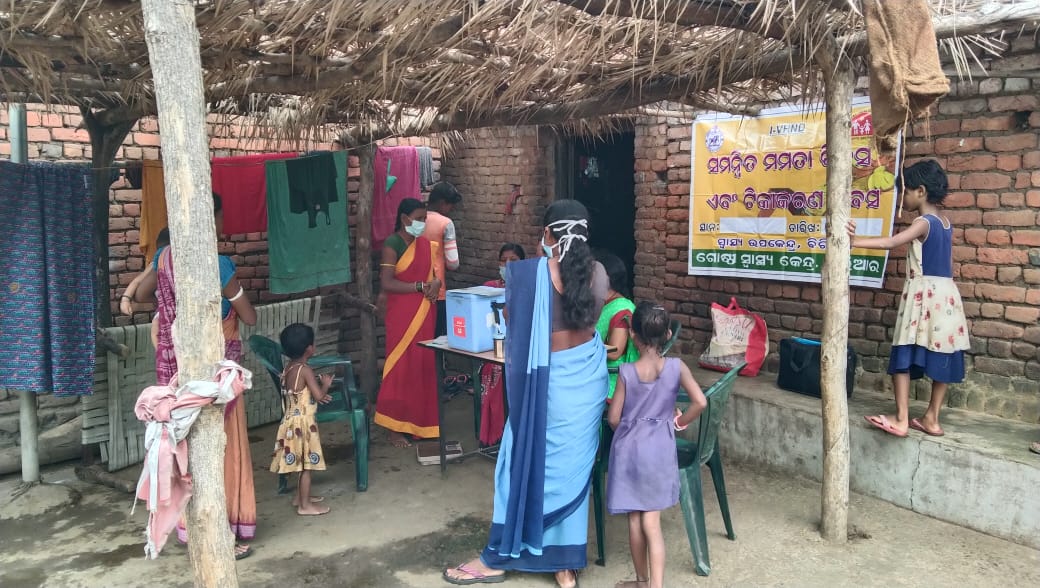 From high security risks to negotiating difficult terrains for mobility, obstacles galore for the 17 ASHA workers who operate in this region. But they face the challenges head on. “My son is only 3 years old. Though I leave him with my mother in-law and go to work, I miss him every second. There’s guilt too. Many times, I break down during deliveries when I see the hardships of new mothers. Since there’s no network, I walk a km or two to get a signal and then call up to check on my child. But work is sacrosanct and I don’t let that guilt overpower me,” says 25-year old Dalima Jagat, an ASHA from Rundi village of Bhainsadani sub centre. For many ASHAS like her, providing healthcare to villagers gives them a sense of purpose along with self esteem.Like Dalima, Tikemani Tandi from Bhuliabhata village says her life as an ASHA has given meaning to her life. Mother to two sons and two daughters, Tikemani has always been a health worker first.  With all four children, she was back at work in barely a week or two after delivery.“My elder daughter was just 21 days old when I left her and went for a delivery. I was away for three days with just one saree, no food or support. During Covid, my younger son was just 2 years old and I couldn’t touch him without fear of passing on the infection. While it was heartbreaking, duty comes first. I keep reminding myself that,” she says, adding that through all this, her husband has been a constant support.

In Nuapada district, over 1,100 ASHAs work in the most inaccessible hinterlands and Naxal hotbeds to facilitate primary healthcare for villagers. For an average salary of over `5,000, which is based on activities under the National Health Mission, they work round-the-clock without leaves and at ungodly hours. If they are lucky and the area has a higher fertility rate, they earn slightly more (`600 each per delivery and `200 for family planning mobilisation with terms and conditions).To supplement the meagre income, some of them work as paddy farmers or take up daily labour too while sending their children to residential schools. Being women, they constantly walk the tightrope balancing family life with their jobs.

While they were paid for work during the pandemic, no step has yet been taken to give them incentives for their role in mobilising people for the vaccination process. “I mobilised 499 out of 525 people in my village for both doses of Covid vaccine despite backlash and reluctance from them. This was a huge task and ironically has not been included under the NHM activity,” says Lukesh Patel, ASHA from Sarabang village in Nuapada block. Besides, there’s no measure or travel allowance for ASHAs who collect sputum samples for tuberculosis and travel all the way to respective hospitals every month, adds Anjali Devangan, fellow ASHA from Lanjimar village.

Even with basic amenities like housing, many ASHAs are yet to avail benefits of government welfare schemes like PMAY. While in Sinapali, nearly 40 per cent of 208 ASHAs have not yet applied for PMAY, none of their 177 counterparts in Boden block are enrolled under the housing scheme.

WHO’s ‘Global Health Awards’ to India’s ASHA workers this year may be a recognition long due but their struggle against poor payment, basic facilities, lack of a proper salary structure, job security or a career progression structure continues even  after 17 years of introduction of the NHM.

Commenting on the challenges faced by ASHAs, chief district medical officer of Nuapada district Dr Sobharani Mishra said it is a fact that domestic roles of these health workers get compromised especially when they accompany beneficiaries to health facilities. “Long hours from home along with inadequate payment often creates disturbances in their family lives. Husbands of ASHAs also need counselling to support their wives. Also, a proper system needs to be put in place to ensure social security of ASHAs. Work incentives will help them perform better in the field,” she added.

Low pressure forms over Bay of Bengal; these states likely to be hit

National Education Day 2022: History, significance, other details you must know