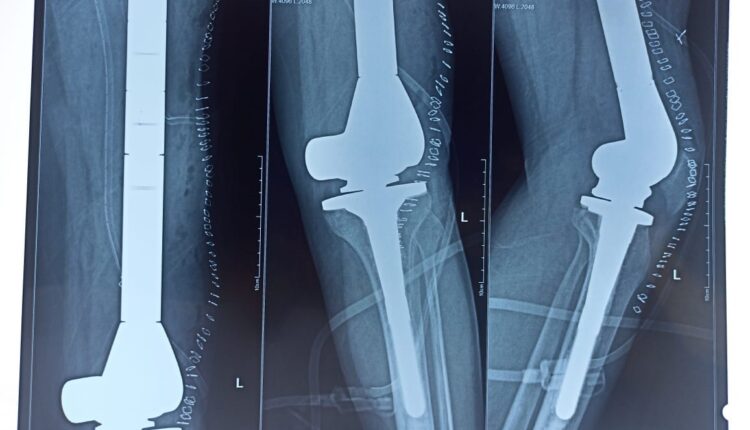 He was suffering from primitive neuroectodermal tumor of thigh bone. He had already undergone two surgeries previously in 2018 and 2019 that was inadequate to remove the tumor completely.

The young man subsequently developed recurrence of the tumor and received chemotherapy prior to the current surgery. The tumor was close to the blood vessels. After careful surgery whole of the tumor was excised in toto and total femur megaprosthesis was implanted by Dr Sujit Kumar Tripathy and his team of Orthopaedic department AIIMS Bhubaneswar. The difficult surgery took around four hours.

Dr Aparajita Panda and her team provided anaesthesia to the team. This was the first surgery of total femur replacement in Odisha. Post-surgery patient is fine, said Dr. Sujit Tripathy. However, the patient has to receive further chemotherapy and the postoperative period need a vigilant management.