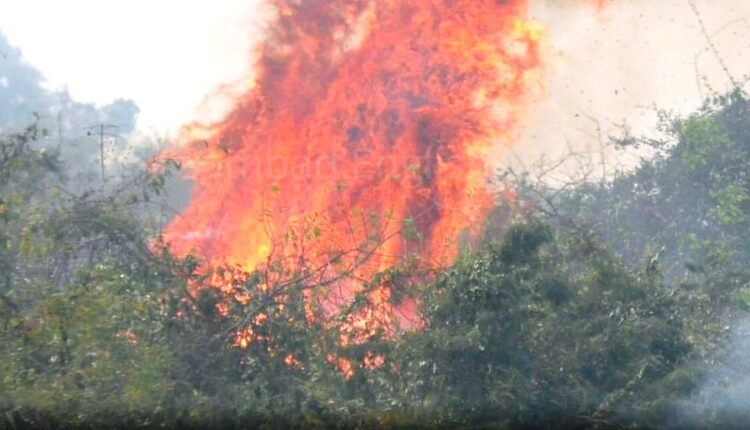 Bhubaneswar: A major fire broke out at a forest located at Charikharia near Chandaka Wildlife Sanctuary, today

On being informed, Fire Services personnel rushed to the spot and initiated efforts to douse the flame, which was spreading quickly towards the sanctuary.

The reason behind the outbreak of fire was yet to be ascertained.

Similar fire was reported at Barunei hill forest in Khordha district, couple of days ago.

Worth mentioning, the forest fire in the Similipal National Park in Mayurbhanj district was brought under control few days ago, thanks to rainfall in the region.