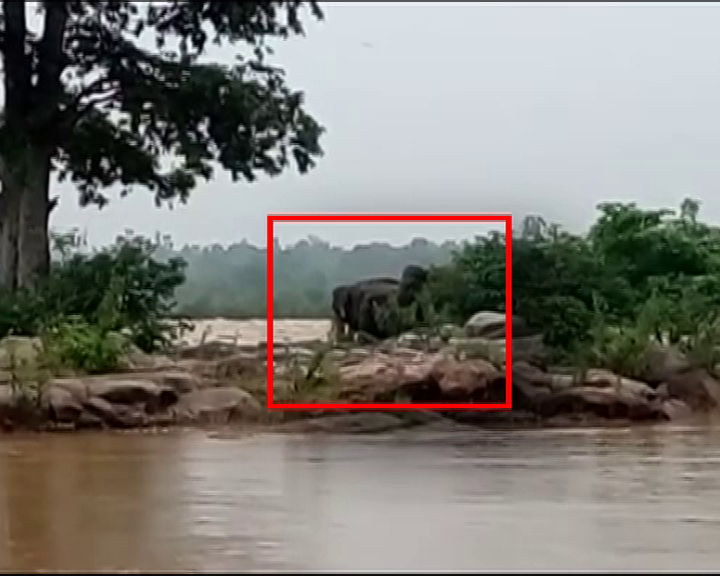 As many as eight elephants were stuck at an island in Odisha’s Keonjhar district since Sunday night following sudden increase in water level due to heavy rainfall for last two days.

Mob torch dump truck in Odisha after woman killed in…

The jumbos were stranded in Arendei isle surrounded by river Baitarani in the district.

Following this, the forest department officials have launched an operation to rescue the animals with help of villagers. Paddy, coconut and bamboo were given to the stranded herd.

According to reports, the elephants from Similipal area had strayed into Patana forest range in search of food. While on their return, a calf was swept away by the river current yesterday. The other members of the herd were, however, trapped while attempting to rescue the calf.

The villagers noticed the herd this morning and informed the forest department following which the officials reached the spot and embarked on the operation to rescue the elephants.