Official sources said Nayak was caught while demanding and accepting bribe of Rs. 28,000/- through Firdosh for release of the complainant's seized motor cycle and some timber. 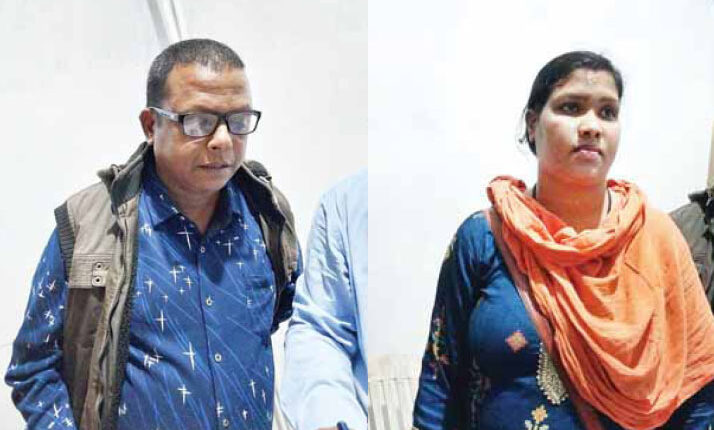 Nuapada:  Vigilance sleuths have arrested two forest personnel on charge of demanding and accepting bribe in Khariar division of Nuapada district in Odisha.

The accused were identified as Purna Chandra Nayak (48), forester of Liad section at Kopia under Sinapali range and forest guard of the same section Sabnam Firdosh (34). Official sources said Nayak was caught while demanding and accepting bribe of Rs. 28,000/- through Firdosh for release of the complainant’s seized motor cycle and some timber.

The complainant Gagan Meher of Kirakiti village under Khariar police limits was going on his two-wheeler with timber for a bed cot when he was intercepted by Nayak and Firdosh at Sinapali. The accused duo then asked him to cough up Rs 30,000 for release of his seized motorbike and the wood. Meher complied, Firdosh as per direction of Nayak, received the bribe money of Rs 28,000. But he later went and filed a complaint in the vigilance office after which the anti-corruption bureau led by Nuapada DSP (Vigilance) Dinabandhu Behera, his Bhawanipatna Sadanand Paani, inspectors Pramila Suna and Alok Mahapatra arrested both Nayak and Firdosh.

As per reports, the accused duo has been taken to Bhawanipatna Vigilance office for further interrogation. The entire bribe money has been recovered from Firdosh and a case registered  against the two of them under Prevention of Corruption Amendment Act, 2018.
Searches are being conducted at the office and residence of both accused.

Direct flights from Bhubaneswar to Dubai, Singapore and Bangkok in the offing