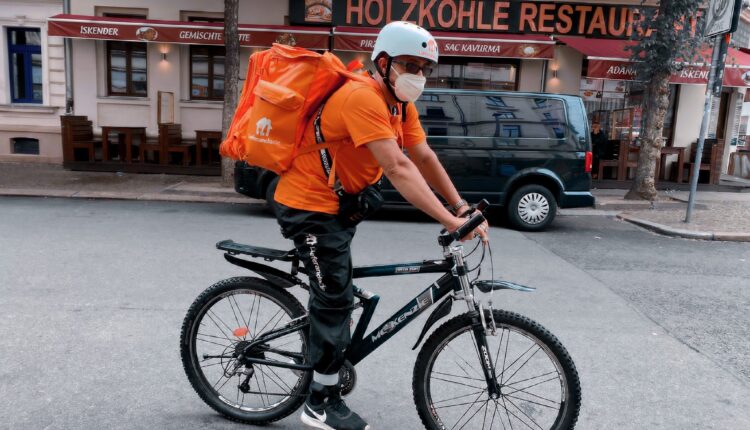 Leipzig/Bhubaneswar: A former Afghan minister who left his country a year ago now delivers pizza in Germany.

Syed Ahmad Shah Sadat was Communications Minister in Afghanistan and had joined former President Ashraf Ghani’s Cabinet in 2018. He held office for two years before resigning due to differences with Ghani and moved to the German city of Leipzig.

According to reports, Sadat also holds two Master’s degrees in communications and electronic engineering from the University of Oxford. After moving to Germany in December last year, he ran out of money, and with no options left, started working as a food delivery person.

Sadat roams around the city on a bicycle and delivers food door-to-door.

“At present, I am leading a very simple life. I feel safe in Germany. I am happy to be with my family in Leipzig. I want to save money and do a German course and study further,” Sadat said.

“I applied for many jobs but no response came. My dream is to work in a German telecom company,” he added.

Pictures of Sadat went viral on social media. A German journalist claimed to have spotted Sadat while he was on one of his delivery runs.

“A few days ago, I met a man who claimed to have been the Afghan communications minister for two years ago. I asked what he was doing in Leipzig. “I’m driving out of Essen for Lieferando” [the man told the jounalist],” the German journalist tweeted (Lieferando is a food delivery company).

When asked about the recent Taliban takeover of Afghanistan, Sadat said: “The fall of the Ashraf Ghani government so quickly, was not expected.”