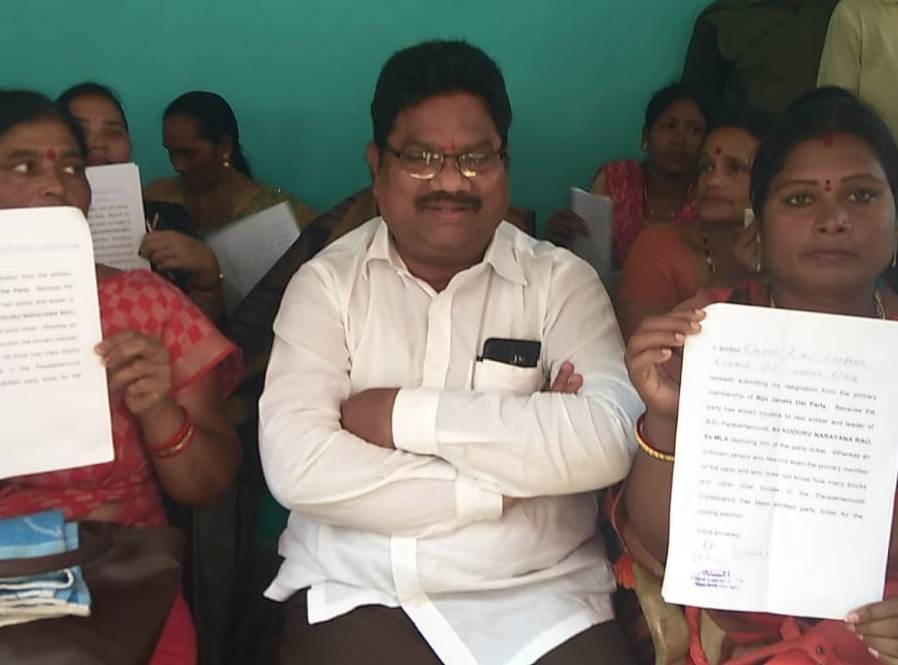 The former legislator joined the saffron party during a programme in presence of Union Petroleum Minister Dharmendra Pradhan at BJP’s state headquarters in Bhubaneswar.

“I have worked hard for BJD in the past 20 years in Gajapati, which is the stronghold of Congress. However, the party made injustice with me while allocating tickets for Paralakhemundi Assembly seat. Therefore, I along with my supporters decided to quit the BJD and join the BJP,” said Rao after joining the national party.

“We joined the party being impressed by Prime Minister Narendra Modi’s reform programmes at Centre, steps against Pakistan and the efforts by union minister Dharmendra Pradhan for development in Odisha,” he added.

Yesterday, Rao had tendered his resignation to BJD Supremo Naveen Patnaik from the party after being denied a party ticket to contest the Assembly polls.

In a letter addressed to Patnaik, Rao had expressed his dissatisfaction over the distribution of tickets for Paralakhemundi Assembly constituency.

Worth mentioning, Kalyani Devi, the daughter of Parala king and two-time MP Gopinath Gajapati has been allocated the BJD party ticket for Paralakhemundi constituency in the upcoming polls.

Meanwhile, BJD MLA from Daspalla Purnachandra Nayak today resigned from the party. He termed BJD as ‘home to corrupt people’.