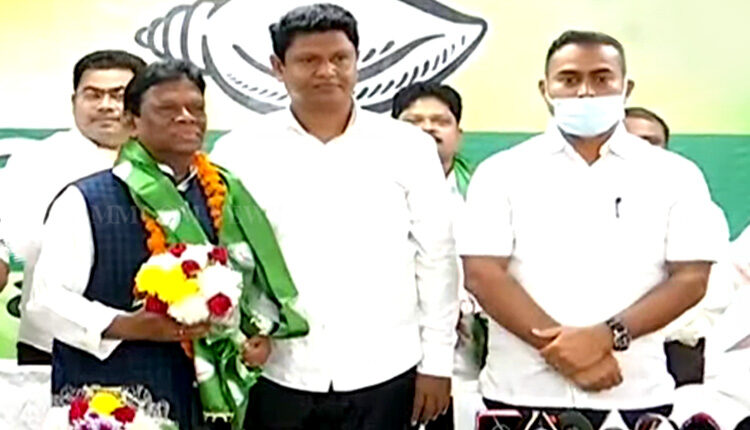 The ex-MLA from Talsara in Sundargarh district joined the party in presence of several senior leaders of the party, including Organisational Secretary Pranab Prakash Das.

Odisha Pradesh Congress Committee (OPCC) had removed Majhi from the party earlier on December 6, a day after he announced his resignation from Congress, for ‘indiscipline’ and ‘anti-party activities’. While announcing  his resignation, Majhi had also informed that he would join BJD on December 10.

The ex-MLA had debuted in politics after demise of his wife’s uncle Gajadhar Majhi, who was a popular Congress from Talsara in Sundargarh district and Minister, on May 20, 2006.

He contested in Talsara by-poll as the political successor of Gajadhar Majhi in 2006 and emerged winner. He was elected to Odisha Assembly on Congress ticket in 2009 and 2014 elections, consecutively. However, he was defeated by BJP candidate Bhabani Shankar Bhoi in 2019 Assembly polls.