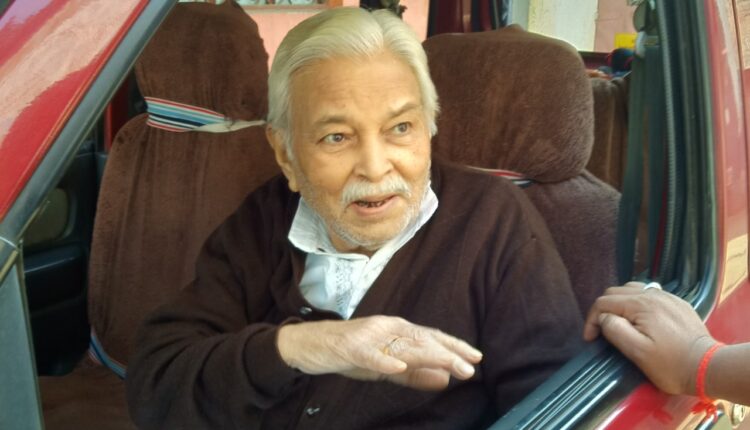 Bhanjanagar: Former Legislator from Bhanjanagar Assembly constituency, noted Actor and Lawyer Umakanta Mishra died at a private hospital in Bhubaneswar. He was 82.

Mishra was suffering from age-related ailments and had been admitted to the hospital since past two weeks. He breathed his last at 4 am today.

He was born on July 14, 1939 at Sanakodanda village in Bhanjanagar of Ganjam district. His father was noted social activist Jagannath Mishra.

After his schooling, Mishra completed BLLB and worked as Lawyer at the Bhanjanagar court.

Mishra was elected as MLA from Bhanjanagar Assembly constituency on Congress party ticket in 1985. He also worked as the Chairperson of OREDA Corporation. He was the Senate Member of Berhampur University as well.

He wrote more than five plays. After performing in several plays, he displayed his fine acting skills in super-hit movie ‘Amadabata’ in 1964.

He also acted in ‘Bheegi Palko’ along with Raj Babar and Smita Patil in 1982.

Cyclone Yaas likely to make landfall between 4 AM and 8 AM tomorrow: Odisha SRC