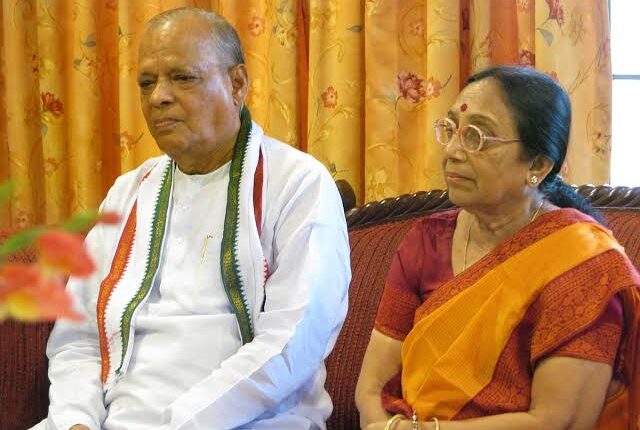 Patnaik was rushed to a private hospital here after she developed certain complications at around 8 pm. She died in the hospital while undergoing treatment, family sources said.

Patnaik had been elected to the Lok Sabha from Cuttack and Berhampur constituencies of Odisha. She was the first Chairperson of National Commission for Women and the second chairperson of All India Mahila Congress.

Patnaik had been elected to Lok Sabha from Cuttack on a Congress ticket in 1981. She was once again elected from Cuttack in 1984.

Patnaik was elected to Lok Sabha from Berhampur constituency in 1998. He had been nominated to Rajya Sabha in 1996.

Born on April 7, 1932, Patnaik completed her graduation in Sociology from Shailabala Women’s Autonomous College in Cuttack. She did her post graduation from Tata Institute of Social Science (TISS), Mumbai.

Patnaik got married to Congress stalwart, popularly known as the Chanakya of Odisha politics, JB Patnaik in 1953.

Patnaik was also well known for her literary skills.

She is survived by son Prithvi Ballabh Patnaik and two daughters — Sudatta and Supriya.