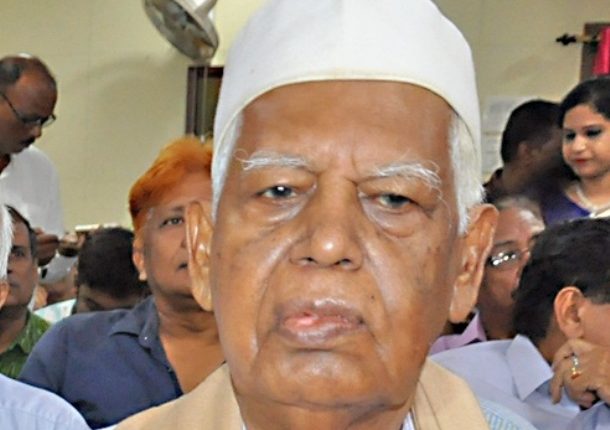 Bhubaneswar: Freedom fighter and former Odisha minister Dolagobinda Pradhan passed away at his residence here on the wee hours of today around 3.50 am. He was 93.

Pradhan is survived by his wife, four sons and three daughters. As the news of his demise spread, many eminent personalities, freedom fighters and politicians reached his house to pay last respect to the departed soul.

As per family sources, the body will be buried at his ancestral house at Dihasahi in Cuttack in the afternoon.

Born on June 7, 1929, Pradhan was elected to the Odisha Legislative Assembly from Cuttack Sadar constituency twice between 1980 and 1990. He also served as the Urban Development Minister of the state from 1989 to 1990.

Being inspired by Mahatma Gandhi, he had left school in 1942 to join the Quit India Movement. He was imprisoned for 3 years and 2 months in Cuttack and Berhampur jails.

“His contribution to the freedom struggle and to our social life will be remembered forever. He was a true Gandhian and had dedicated his life to uphold Gandhian values in words and actions,” said Odisha Governor Ganeshi Lal.

Chief Minister Naveen Patnaik condoled the death of Pradhan and conveyed his deep sympathy to the bereaved family.