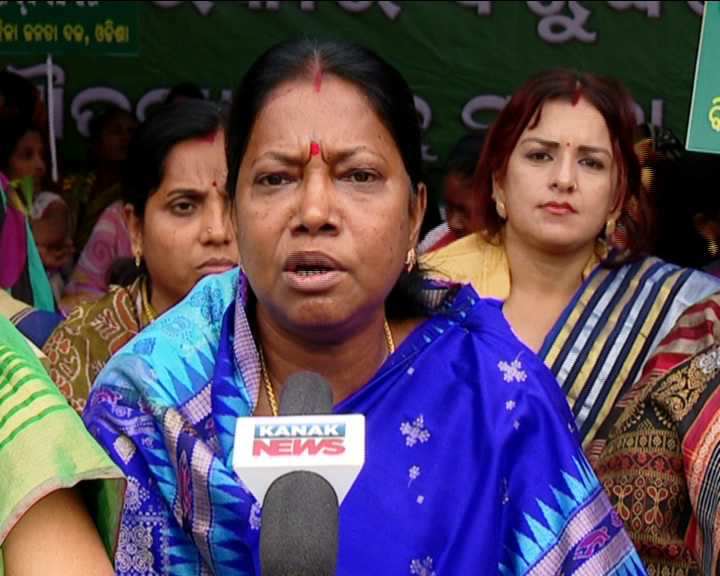 Jajpur: In a series of scams exposed in Binjharpur block in mineral rich Jajpur district recently, another issue came to fore revealing the family members of former minister Pramila Mallick in MGNREGA scam.

According to media reports by leading vernacular daily ‘Sambad’, the Binjharpur MLA Pramila Mallick, who is the president of Biju Mahila Janata Dal (BMJD), the ruling BJD women’s wing, her father and brothers have been the beneficiaries under Mahatma Gandhi National Rural Employment Guarantee Act (MGNREGA).

The reports revealed that job card has been issued in name of Mallick’s father Paban Mallick, brothers Khirod Mallick and Keshab Mallick. They have reportedly worked as the daily labourers under India’s rural job scheme.

According to reports, the job card number 22504 has been issued in name of Pramila Mallick’s father Paban Mallick. The names of her brothers Khirod Mallick and Keshab Mallick have also been mentioned in the job card.

The information uploaded on the government website clearly showed that Keshab Mallick has received wage as the labourer in 2016 and 2018 under ‘Mo Pokhari’ project.

The government record also shows that Binjharpur block chairman Nanda Kishore Samal was also the beneficiary under the scheme when he was BJD block chairman in 2010. He had raised soil under ‘Mo Pokhari’ project as the daily labourer for six days from pond owned by Umesh Sahoo, a resident in Binjharpur.

Besides Samal and Pramila Mallick’s family members, many doctors, engineers, lecturers and top brass in the government machinery are involved in the alleged scam.

Even the job card under MGNREGA has been issued in name of a former executive engineer of NESCO, former president of Kharasrota College and his wife, who is the lecturer in a government college.

Further, huge amounts have been withdrawn from the bank and postal accounts of Odisha Mining Corporation (OMC)’s former General Manager, retired defence personnel, a senior official in Revenue department, postal employee, former engineer in Public Works department and many affluent persons in Mansada panchayat after issuing job card in their names under the Central scheme.