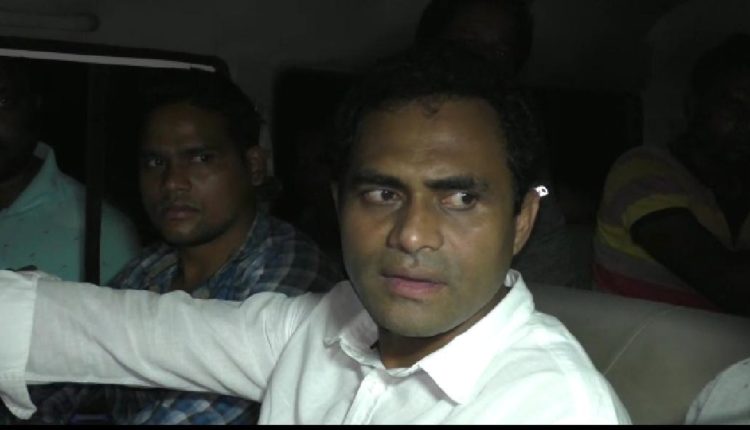 Phulbani: Trouble seems to be mounting for former Phulbani MLA Debendra Kanhar, who was recently arrested for allegedly molesting a tribal girl, as his wife has accused him of torturing her over dowry demand.

As per a complaint lodged by Debendra’s wife Rashmiprabha with Phulbani town police last evening, the ex-legislator was torturing her physically and mentally with a demand of getting an SUV from her father after their marriage.

The family members of Debendra were supporting him in such acts, she alleged. The woman further said that though she was staying separately, her husband used to visit her residence and thrash her.

She also alleged that Debendra has married another woman without divorcing her. Acting on the complaint, police have registered a case under Sections 498 (a), 494, 323, 506 and 34 of IPC.

Notably, Debendra was arrested on October 8 from Ichapur in Andhra Pradesh for allegedly molesting a tribal girl and assaulting her mother in Goudapada village under Sadar police limits.

According to the complaint filed by the girl in Sadar police station, Debendra had trespassed into her house and committed the crime. A day after the complaint was filed, several obscene pictures and a video of the former legislator went viral on social media.