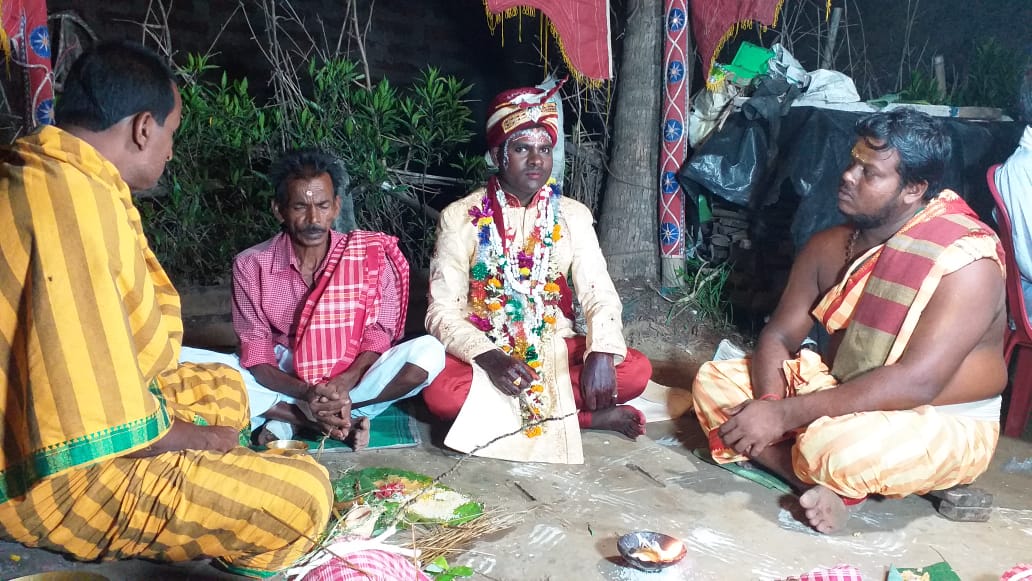 Puri: A bride is awaiting the groom’s arrival at a wedding ceremony in Chitalpur Tanta Sahi village under Jenapur panchayat of Delang block in Puri district, since last night.

According to reports, son of Laxmidhar Barik, Mitun, a resident of Kandagoda village in Brahmagiri block was set to get married to the younger daughter of Kailash Barik of Chitalpur village yesterday.

The groom along with the wedding procession was en route to the bride’s residence when the car of former Jenapur panchayat sarpanch, Pratap Swain, tried to overtake them on the way.

However, due to the narrow road, the procession could not move sideways to make way for the latter. Irked by this, the former sarpanch’s driver got out of the car and allegedly attacked the members of the wedding procession, leading to a commotion.

As a result, the former sarpanch’s armed supporters allegedly halted the wedding procession and prevented them from reaching the bride’s house.

As per the latest information, the entire wedding party has been allegedly detained since 11 pm last night. Till the filing of the report, the groom has not succeeded to reach the wedding venue. Local police has not reached the spot to defuse the tension.