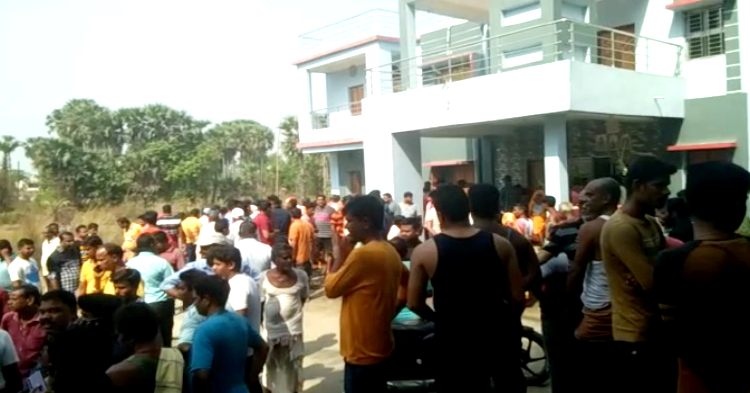 Angul: A former Zilla Parishad member was allegedly hacked to death in front of his residence at Balaramprasad village under Nalco police limits here in the district today.

Shivram Sahoo was allegedly attacked by someone with a fatal weapon while he was plucking holy basil leaves in front of his house for worship on auspicious occasion of Akshaya Tritiya this morning.

On hearing screams following murder, the deceased’s daughter had come out of the house. However, she was scared of seeing the accused with the sharp weapon. It is suspected that the former ZP member was killed over political rivalry.

According to reports, Shivram was a well-known leader in the locality. He was also a Sarpanch candidate in the recently concluded Panchayat Elections this year, in which he was defeated with a very low margin of votes.

While the accused is still at large, the reason behind murder is yet to be ascertained. Reportedly, the accused has left his shoes and helmet at the crime scene.

On receiving information, Nalco Police reached the spot and sent the body to the District Headquarters Hospital, Angul, for post-mortem. The investigation is underway to nab the accused person in the case.