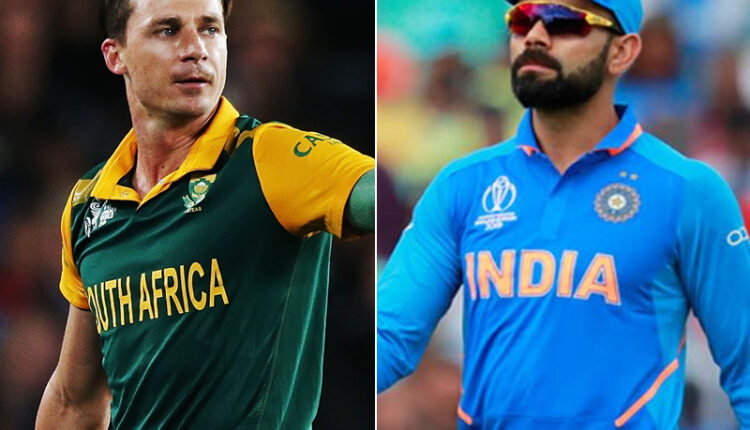 Southampton: Former South African pacer Dale Steyn said on Friday that when he was at the peak of his bowling prowess and Virat Kohli was finding his feet in the Indian side, he used to apply a few tricks to break the current Indian team skipper’s confidence by “playing mind games”.

Hours ahead of the World Test Championship (WTC) final between India and New Zealand at the Ageas Bowl in Southampton, the 37-year-old Steyn, who played 93 Tests for South Africa and took 439 wickets, said, “You’ve got to play the mind games with Virat. I would look at putting somebody in at short leg. I would let him know that I’m going to come at him, come at his body, want to come quickly at him. And I’d want him to try and pull, because I feel like that’s his B game.”

“Even though he does it really well, I’d want him to think that’s where I’m going to bowl, and then get it up there because I like to swing the ball, I like to move the ball. Look for those three modes of dismissals, LBW, bowled and the caught behind,” Steyn told Sanjay Manjrekar on cricinfo.com.

Steyn’s latter half of the career was plagued by injuries which forced him to miss several Tests, especially the series against India in 2015, where he suffered a groin strain during the opening Test in Mohali and missed the rest of the four-match series.

He said that the key to misleading a batsman into believing that he was being set up for a short ball while the reality was totally different was to apply mind games in the first few overs.

“We know, every batter’s feet in the first 20 balls is not moving as well as he’s like to. His eyes haven’t adjusted, he hasn’t adapted to the wicket just yet. So, I’d want him to think I’m going to go short, but I’ll probably bowl six full balls to him to be honest.

“I’ll probably try to get him to nick every single ball, but I’ll be telling him, ‘it’s coming I’m going to hit you in the head you know’. I’m not going to swear at him but let him know that that short leg is in business,” added Steyn.