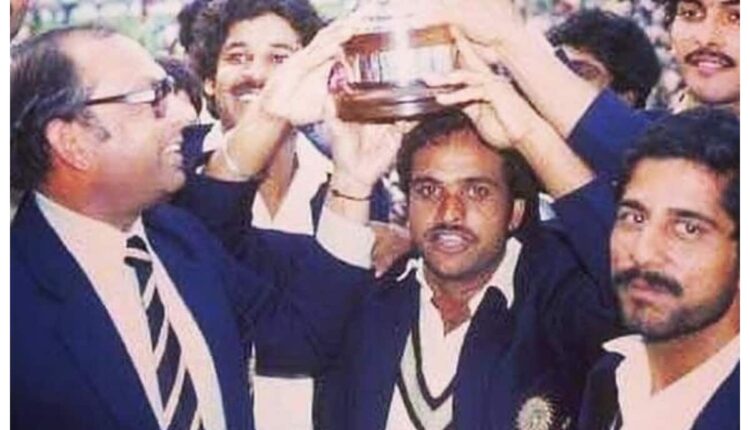 New Delhi: Former India batsman Yashpal Sharma, a member of the 1983 World Cup-winning side, passed away on Tuesday at the age of 66 leaving his former champion teammates in disbelief.

“Our team has been broken. We have lost the backbone of our team. He was the backbone of the middle-order. He was a simple man, very disciplined. He had neither a major vice, nor a minor vice. He was the fittest of us all. Used to be particular about fitness, would exercise regularly. Hard to believe he is no more,” said former India all-rounder Kirti Azad, his teammate in the 1983 World Cup, to IANS.

Another 1983 World Cup teammate of his, all-rounder Madan Lal, is in a state of shock.

“I have just heard the news. I am in a state of shock. I still can’t believe it. I can’t say anything at the moment,” said Lal to IANS before rushing to Sharma’s home.

Pace bowler Balwinder Sandhu, who opened the bowling with skipper Kapil Dev in the tournament, was also in a state of disbelief.

“Absolutely shocking news. Never thought he would pass away. We had met on June 25 (at the launch of a book). He looked absolutely fine and fit and was happy to share his [two] daughters’ achievements. He was more worried about my health, asked me to reduce weight,” said Sandhu to IANS.

“I find it shocking that a lively man is not here with me. It is hurting me deeply that a member of the [1983 World Cup winning] team has passed away,” added Sandhu.

Kapil, the skipper of that team, broke down during a TV show on news channel ABP.

Kapil was in Mumbai and has rushed to Delhi to pay his last respects.

The entire team, including Sharma, had gathered in Gurugram on June 25 — last month — for the launch of Opus, a luxury limited-edition book which will capture India’s 1983 World Cup win.

Sharma had suffered a heart attack after returning from morning walk and collapsed at around 7.30 am.

The right-handed batsman, who was the backbone of India’s middle-order in the 1983 World Cup, played 37 Test matches scoring 1606 runs and 42 ODIs scoring 883 runs. He also played 160 first-class matches, representing Punjab, Haryana and Railways, and scored 8933 runs.

But he was best remembered at international level for his performances in India’s first World Cup win, in 1983. He aggregated 240 runs at an average of 34.28 to return as the second highest-scorer for India behind skipper Kapil Dev in the tournament.

Sharma had top-scored with 89 (off 120 balls) to help India make 262/8 in their 34-run victory over West Indies in their first match of the 1983 World Cup. That win in Manchester is said to have given India the self-belief to go on and win the tournament.

He also served as a match referee and umpire.