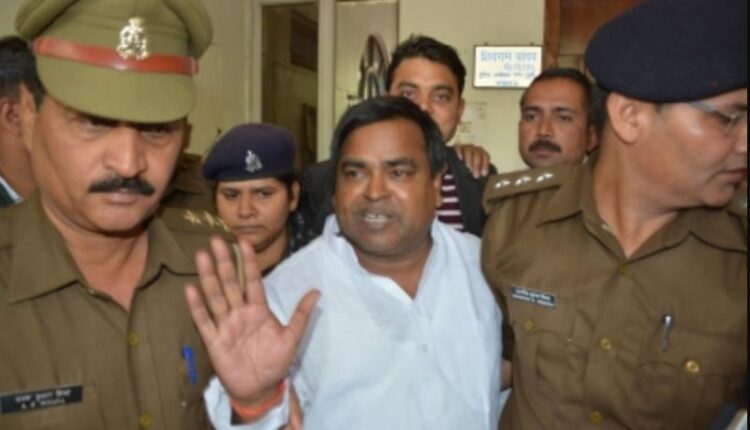 Lucknow: Former Uttar Pradesh minister Gayatri Prajapati from the previous Akhilesh Yadav-led government, and his two accomplices have been sentenced to life on charges of gang-rape.

Prajapati, Ashok Tiwari and Ashish Shukla, have also been fined Rs 2 lakh each.

The special MP/MLA court in Lucknow had, two days ago, pronounced Prajapati guilty in the gang-rape case, and had also convicted his two associates.

Judge Pawan Kumar Rai of the special MP/MLA court pronounced the judgement under Sections 482/378/407 of the Indian Penal Code.

Seven persons, including Prajapati, were charged in the case.

The case pertains to a complaint filed by a woman from Chitrakoot accusing the former Samajwadi Party minister and his accomplices of gang-rape.

The woman had alleged that the accused forcefully had raped her minor daughter as well.

Following directions of the Supreme Court, an FIR was lodged against Prajapati and six others on February 18, 2017.

All seven were charged with gang-rape, threat to life, and violation of the POCSO Act.

Prajapati was arrested on March 18, 2017 following the complaint.

Vikas Verma, Amrendra Singh, Chandrapal and Rupeshwar were the others who were charged in the case.

However, the court acquitted these four during its previous hearing.

Odisha: 6 held over gangrape of minor girl at a Dhaba in…