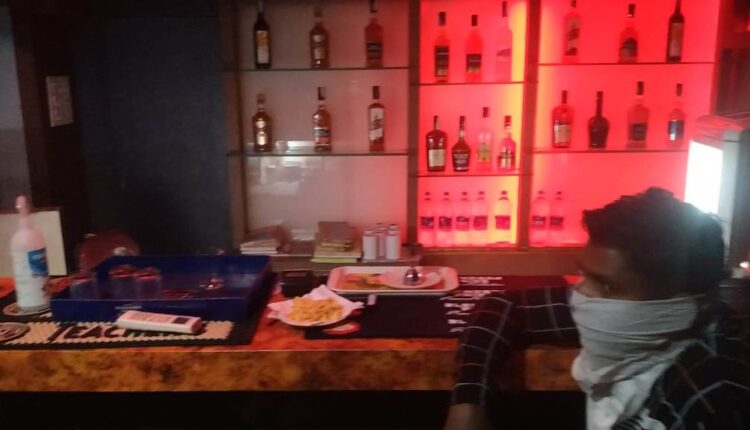 Bhubaneswar: The Twin City Commissionerate Police last night sealed as many as four bars in Odisha capital over violation of COVID-19 guidelines of the state government.

According to reports, ten bars under Laxmisagar police limits were raided by cops, during which two bars– Swagat Bar and Mohanty Bar– were found violating covid norms by openly serving liquor. The two bars were sealed while a fine of Rs 4000 was imposed.

A total of 72 persons were penalised with a fine of Rs 28,000. The two bars were also sealed by the police.