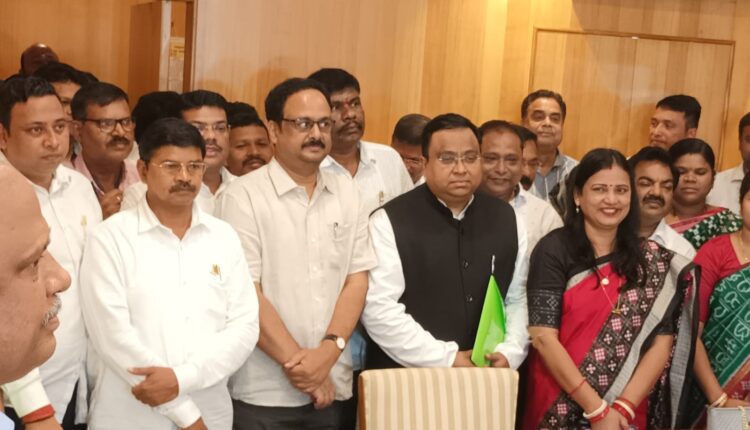 As Chief Minister Naveen Patnaik is on a three-day official trip to New Delhi, he remained absent during filling of the nominations by his party candidates for the Rajya Sabha seats.

Worth mentioning that the tenure of three Rajya Sabha members — Nekkanti Bhaskar Rao, Prasanna Acharya and Sasmit Patra — from Odisha will end on July 1.

The election to three Rajya Sabha seats is scheduled on June 10. As per notification issued by the State Legislative Assembly, the poll will be held between 9 am to 4 pm on the scheduled date. The counting of votes will take place at 5 pm on the very day.

As the opposition parties will not field their candidates for three Rajya Sabha seats, the nominees of the ruling BJD will win unopposed.

Similarly, no candidate from the opposition parties has been be fielded so far for the bypoll to one Rajya Sabha seat, which is lying vacant after Subhash Chandra Singh resigned from the post after being elected as the Mayor of Cuttack Municipal Corporation (CMC). The last date of filing nomination for one seat in Rajya Sabha bypoll is scheduled on June 2. The bypoll will be held between 9 am and 4 pm on June 13.