Four dead, over 30 injured as tractor overturns in Odisha’s Mayurbhanj 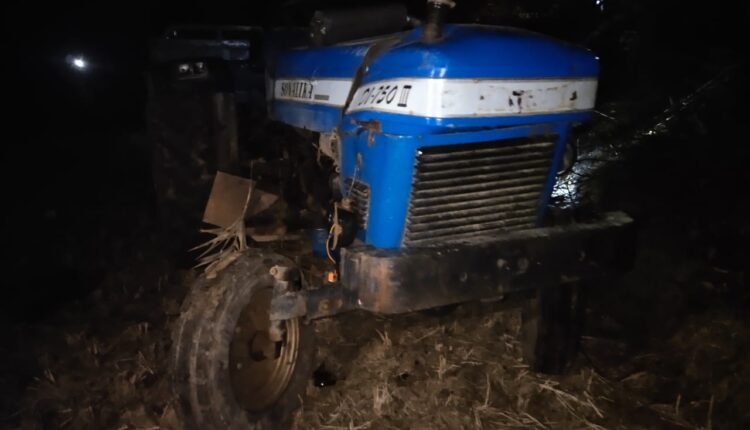 Baripada: At least four persons including a one and half years old baby were killed after a tractor along with its trolley in which they were travelling overturned in Mayurbhanj district today evening. More than 30 persons have been injured in the road mishap.

A musical troupe was returning in a tractor to Bagabuda village after performing at Damanasahi.
Driver of the tractor reportedly lost balance near Dhipasahi and the vehicle skidded off the road. It overturned into a roadside farmland, around 15 ft below the road.

While one person died on the spot, three others succumbed during treatment at the Sirsa Hospital. Identity of the deceased could not be established till the filing of this report.

The injured are undergoing treatment at the Sirsa Hospital and the PRM Hospital in Baripada.

The mishap occurred at around 8 AM today. After being informed, police and Fire Service personnel reached the spot and launched a rescue operation.