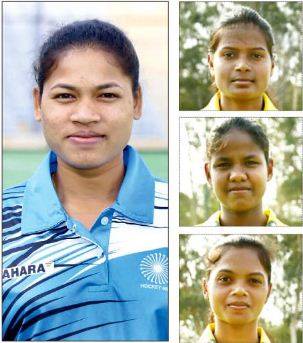 Four from Odisha have been selected in India squad for 2017 Women Hockey World League Round 2, scheduled from April 1 at West Vancouver in Canada.

Deep Grace Ekka, Sunita Lakra, Namita Toppo and Anupa Barla have been announced in the 18-member India squad for representing the country in the upcoming hockey event in Canada.

Odia girl Lilima Minz, who suffered injury, has been replaced with Anupa Barla for the competition.

Deep Grace Ekka has been selected as the vice-captain of the team for the Women Hockey World League Round 2.

India will face Belarus, Canada, Mexico, Trinidad and Tobago, Uruguay and Chile in the league.