Four held for killing man over ‘Hanuman coin’ in Odisha 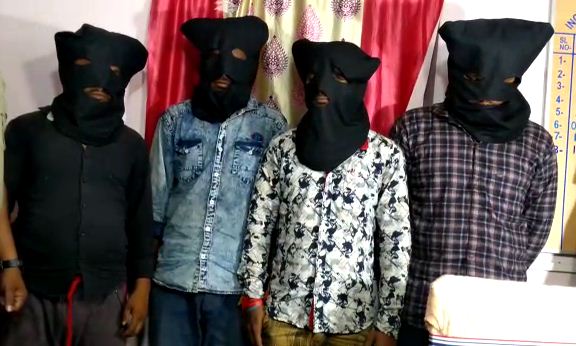 Balangir: The Balangir district police today arrested four persons for their alleged involvement in kidnapping and murdering a person with an intention of acquiring ‘Hanuman coin’ from his possession.

Informing about the arrests at a press conference here, Balangir SDPO Srimant Barik said the accused had abducted Srikant Nanda at Bahalpadar Chhak on August 8 suspecting presence of ‘Hanuman coin’ in his house.

They covered his mouth with sellotape and took him in an auto-rickshaw to Durgapali, where they realised about Srikant’s death. The kidnappers then threw the body into river and fled the spot.

Acting on a complaint lodged by the brother of the deceased, police have arrested four of the accused while five others are at large. A manhunt has been launched to nab them, the police official said.