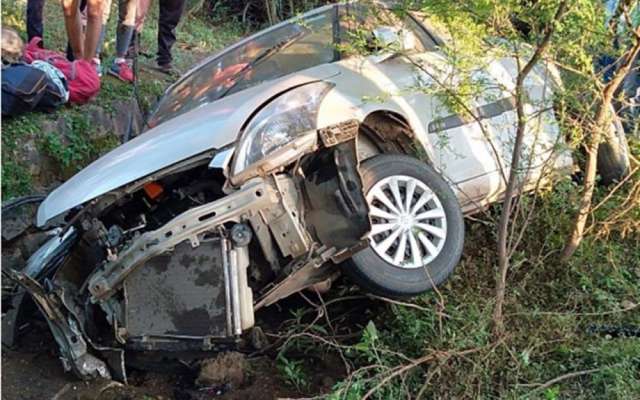 Hoshangabad (Madhya Pradesh): Four players of Madhya Pradesh Hockey Academy were killed and 3 others were seriously injured in a tragic road accident on Monday morning near Biaora village between Hoshangabad and Itarsi on the National Highway 69.

The players were coming from Itarsi and were going to Hoshangabad to play the semi-final match of Dhyan Chand Hockey tournament in Hoshangabad, scheduled for Monday. After winning the quarter final on Sunday, the players went to Itarsi to celebrate the birthday of teammate Adarsh Hardua.

On the way back, their car hit a tree near the Shaheed Vijay memorial in Biaora. The impact was such that four players died on the spot and three others were injured and were admitted to a hospital, said the rural police station in charge, Ashish Panwar.

All the players who died in the mishap had displayed immense promise at the national level championships in recent times.

Higher education and Sports Minister Jitu Patwari, including Chief Minister Kamal Nath have assured the families of the deceased and injured players of all possible help. The organisers have cancelled the tournament.