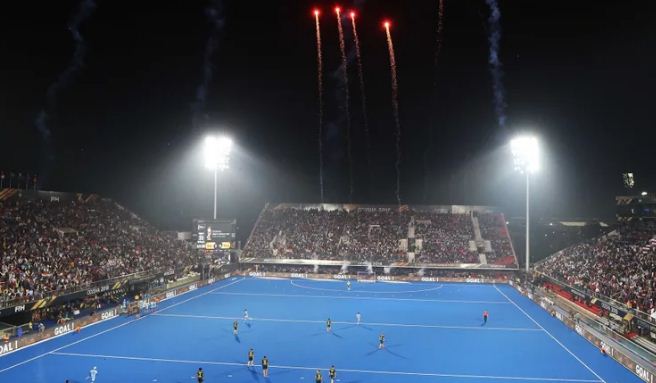 Congratulating the Indian officials on their appointment, Gyanendro Nigombam, President, Hockey India said, “It is a matter of great pride for Hockey India that our officials will represent India at the marquee tournament in 2023. I wish all the four, my best wishes on their endeavours.”

Sonia Bathla will be the lone woman official from India to have been appointed by the FIH as the technical official for the prestigious quadrennial tournament. Bathla, who is a part of Delhi Hockey, and started her career in 2010, said that she feels proud of the appointment by the FIH.

“I look forward to doing my duties to the best of my abilities in this prestigious event. It is fantastic that Hockey India has promoted women officials over these years and has given us several opportunities to equip ourselves with knowledge and the know-how of international standards through their regular clinics and workshops,” said Bathla.

Bibhu Kalyan Nayak, an expert in sports traumatology and sports & exercise physiology, who previously held the position of the chair of FIH Health and Safety Committee by the FIH Executive Board recently, also expressed his pleasure for the appointment as the Medical Officer for the coveted event.

“This will be my second time serving as the medical officer at a World Cup event in India. I feel proud to be given the opportunity once again, and I understand it is a huge responsibility. I am confident I will do justice to the role,” Nayak said.

Meanwhile, umpire Javed Shaikh who officiated at the Tokyo Olympic Games this year said, “I was happy to hear the news and I am proud I will be a part of this incredible tournament to be held in India. Just like how players need to prepare for the tournament, my job as an umpire too will be cut out and I need to focus on my fitness and speed to bring out my best.”

Over the last decade, Shaikh has umpired at major events such as Commonwealth Games, Asian Games as we’l as the 2014 Men’s World Cup in Hague, The Netherlands, and was also called up as an Umpire during the 2016 Rio Olympics, and the 2020 Olympics.

Umpire Raghu Prasad who hails from Bengaluru too expressed his excitement over being appointed. He said, “It is a great honour for me to once again be a part of the Umpire panel for another World Cup event. I will continue to put in “all the hard work.”

“I have gained experience officiating at the Tokyo Games. I am happy I will get a chance to officiate in World Cup matches once again in Odisha,” the umpire said.

In the last 16 years, Prasad has umpired at major events such as Commonwealth Games, Asian Games, three World Cups, and the Tokyo Olympics.

Auction for Sarpanch post in Odisha: SEC seeks report from…