One killed, 85 injured in road mishaps in Odisha 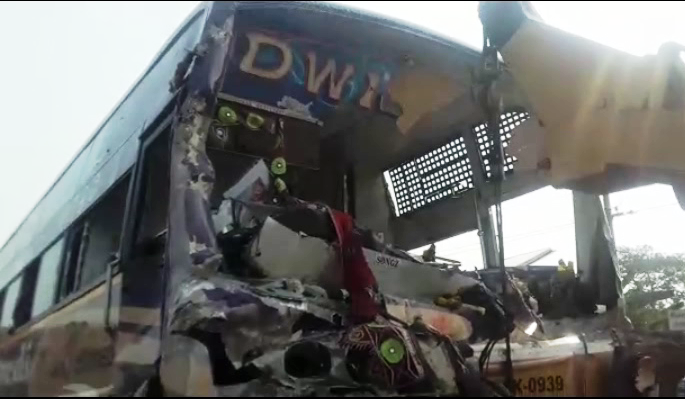 At least one person was killed and 85 others were injured in separate road mishaps in Odisha today.

According to reports, one person was killed and 56 others sustained injuries when a Bhanjanagar-bound bus rammed into a tree at Baunsanala near Mujagarh in Ganjam district.

The deceased woman has been identified as Kameswari Pradhan from Phulbani.

Of the nearly 60 injured, eight passengers sustained grievous injuries. The injured have been admitted to Bhanjanagar sub divisional headquarters hospital and four critically injured have been shifted to MKCG Medical College and Hospital for treatment.

The ill-fated bus was going from Baibeli to Bhanjanagar when the mishap happened this happened.

In a separate incident, at least 15 persons sustained injuries when a bus collided head-on with a truck near Bainchua under Tangi police limits in Cuttack district. The bus was on its way from Chandikhol to Cuttack.

The injured have been rushed to SCB Medical College and Hospital.

In another road mishap, at least 14 persons were injured when a mini truck overturned near MV-72 in Malkangiri. Three critically injured have been admitted to District Headquarters hospital. The truck was heading towards a village haat in the district.