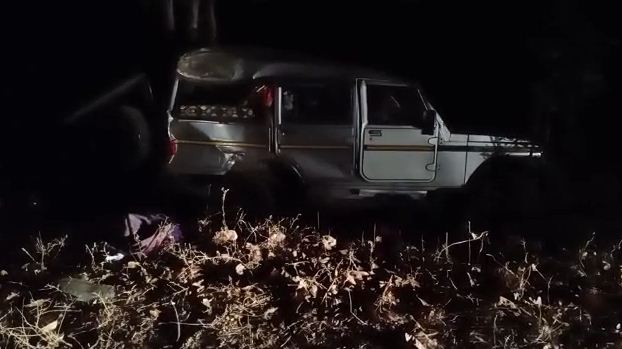 Keonjhar: At least four persons were killed and four others sustained critical injuries as the SUV in which they were travelling rammed into a roadside tree and overturned near Somagiri under Pandapada police limits in Odisha’s Keonjhar district, late last night.

According to reports, the ill-fated vehicle carrying as many as 11 persons was heading towards Jirang from Hatabadala in Mayurbhanj district. The driver of the SUV lost control over the wheels following which it dashed against a roadside tree around 2 am, skidded 10 feet off the road, and turned turtle killing the four on the spot.

On being informed by locals, an 108 ambulance reached the spot and took the victims to the District Headquarters Hospital for treatment. Condition of two of them was stated to be critical.

Police recovered the bodies for post-mortem and initiated an investigation into the incident.