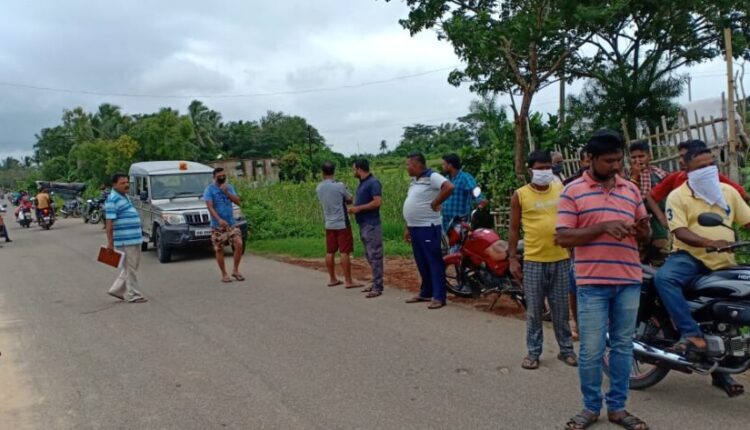 Jagatsinghpur: Four persons including two minor boys were killed today in separate mishaps in Jagatsinghpur district today. Two youths died in a road accident on NH-55 in Balikuda area whereas two minor boys drown to death while taking bath in a pond in Tirtol this afternoon.

As per reports, two youths travelling on a motorcycle were hit head-on by a pickup van near Barilo Gahir on NH-55.

An eyewitness said the two youths died on the spot after the road accident. The deceased were identified as Pushpak Kandi from Erasma block and his friend.

After receiving information, police reached the spot and sent the bodies for post mortem. The pickup van driver was later detained by the police.

In another incident, two minor boys drowned while taking bath in a pond in Tirtol area. The boys were identified as Pratyush Biswal and Ayush Biswal from Tulanga village.