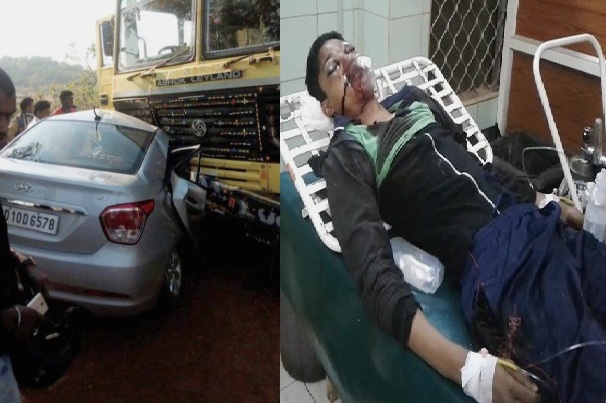 Koraput: Little did they know that a farewell party would be their final departure from this mortal world as four students including two girls of Kendriya Vidyalaya (KV) in Odisha’s Koraput district were killed in a road accident this afternoon while returning from the party.

As per reports, four students were travelling in a car when a tipper truck hit the vehicle head-on on NH 26 near Coffee Board. While one student identified as Rajiv Patra died on the spot, two others critically injured – Niharika Bhanja and S Jayashree – were rushed to Saheed Laxman Nayak Medical College and Hospital (SLNMCH) where they succumbed to their injuries.

Another student Roben Patra who was also travelling with them sustained grievous injuries. He was referred to a private hospital in Visakhapatnam as his condition deteriorated. However, he too breathed his last while on his way to the port town.

The Class X students were returning from school after attending farewell party hosted for them. The students were to write their exams beginning March 5.

The impact of the collision was such that the Hyundai car bearing registration number OD 10D 6578 was mangled beyond recognition.

A pall of gloom has descended on the town after the tragic incident.

Meanwhile, local police have begun investigation into the incident.

Over 1 cr children given MR vaccination in Odisha