All accused are from Jamtara district in Jharkhand 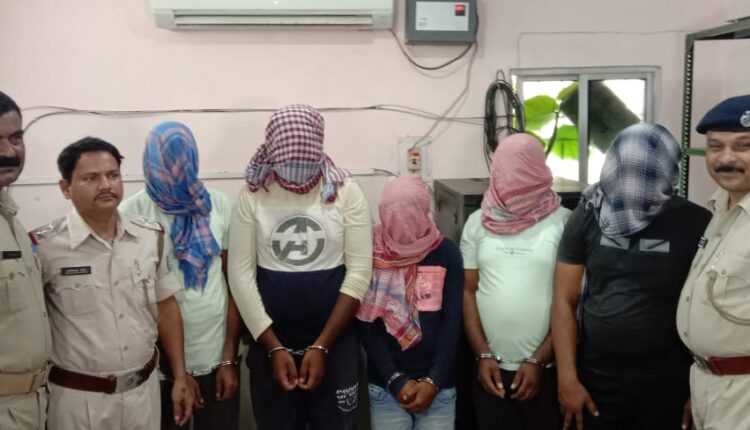 Four more accused — Kamaluddin Ansari (32), Kutbul Ansari(27), Asarful Ansari (25) and Md Samim Ansari (32) — have been arrested on August 14. All are from Jamtara district in Jharkhand.

Their mobile phones have been seized. With this, the number of arrests has risen to eight.  Police said the arrests were made following investigations after a case was filed in this regard by the victim.

As per reports, one Nalindra Kumar Toppo from Biringatoli under Kutra police station lodged a police complaint in December last year alleging that he was duped of `15,56,000 through an online fraud. Toppo stated in his complaint that he had taken voluntary retirement from Railway Service on May 1, 2021 and got `34,99,908 as retirement benefit which was credited to his SBI bank account.  On November 29, he got a phone call from an unknown number where the person identified himself as calling from the SBI Phone Pay cell, Delhi and was told that he had done online shopping worth `20,000 which has been deducted from his account.

When Toppo denied having done any transaction and asked for a refund, the man sent a link to his number and asked him to download Anydesk application and not to share the OTP. As Toppo complied, an amount to the tune of `15,56,000 was allegedly deducted from three of his SBI accounts without his knowledge and consent. He then reached out to the Cyber Police and filed a case.

A  probe was then initiated subsequently leading to the arrests.