Four of family die on spot after vehicle falls into pit 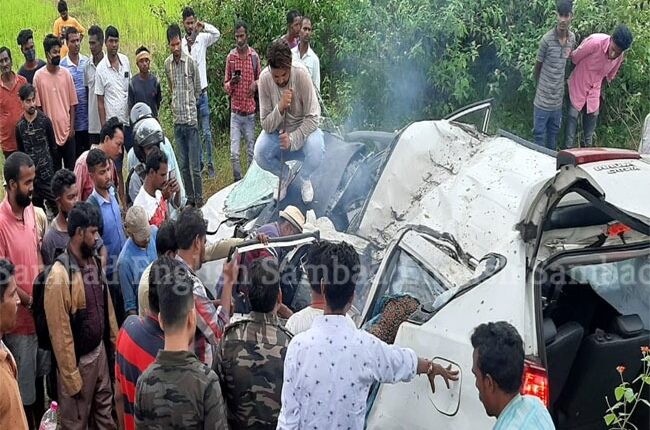 Rourkela: In a tragic incident, four persons including two children died when a vehicle carrying them met with an accident near Torapa in Jharkhand state today. The deceased were identified as a couple and their two minor children from Rourkela Civil Township.

Due to the mishap two others were injured and have been admitted to the RIMS Hospital in Ranchi.
Kanhiya Jain, wife Rama Jain, sever-year-old son Rishav Jain and three-year-old Nitya Jain along with Vasistha Jain and young woman Vanshika were returning from Raniganj of West Bengal via Ranchi in an Innova vehicle today morning.

Vasistha, who was driving the vehicle lost control, while negotiating a sharp turn near Churagi in Torapa causing it to skid off the road. Subsequently the speeding vehicle fell into a roadside ditch and was damaged completely.

Locals with the help of gas cutters pulled out the bodies of the couple and their children who died on the spot. The injured Vasistha and Vanshika were also rescued and sent to the hospital.