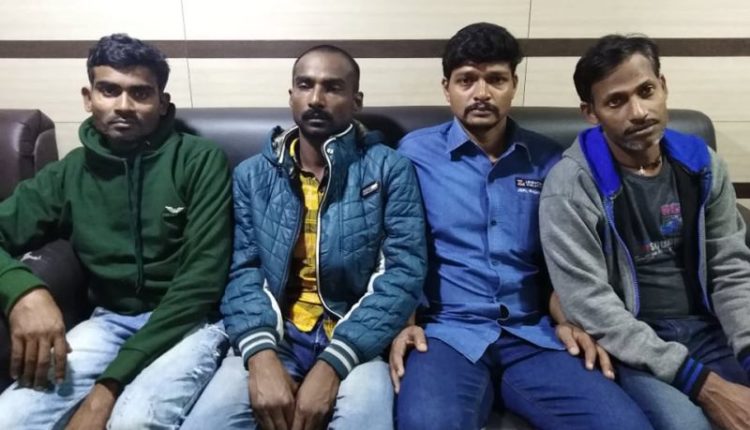 Bhubaneswar: As many as four out of 11 labourers, who were allegedly stranded in Sri Lanka after being sold by a middleman, returned home today.

They have been identified as Debaraj Nayak, Ashish Maharana and Pankaj Pradhan of Banapur in Khordha district and Kisan Tarai of Balasore. The four today arrived at the Biju Patnaik International Airport here and expressed happiness on reaching their home state.

A video featuring the labourers narrating their plight had recently surfaced, following which the Indian Embassy in Sri Lanka contacted the victims and rescued them. Safe return of other labourers is being facilitated by the embassy, sources said.

As per the allegation of the labourers, a middleman from Odisha had sold them to a contractor in Sri Lanka, where they were being harassed and forced to work for over 15 hours a day.

Odisha: Punjilal walks out of jail on parole to perform last rites of mother