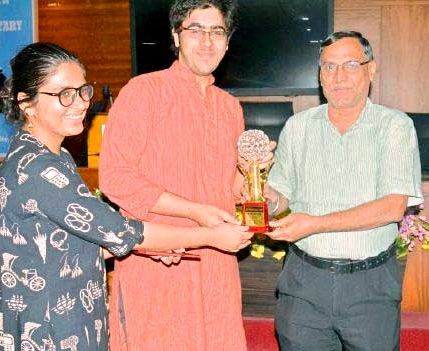 Around 150 students from country’s premier law and commerce colleges participated in the two-day event. The students were divided into 32 teams. The teams were given topics 15 minutes ahead of the debate where they were allowed to 7 minutes to speak.

Hidayatullah National Law University, Indian Institute of Technology Kharagpur, St Xavier’s College Kolkata and National University of Juridical Sciences Kolkata made their way to the final of the tournament.

The finalists were given the topic – ‘THBT the Indian liberals and anti-BJP parties should not employ a doomsday rhetoric around Narendra Modi’s re-election in 2019’.

After the end of the final round, IIT Kharagpur and NUJS emerged as winners.  Besides, Best Speaker award was given to Jalaj Panday, Best Adjudicator to Priyansh Khandelwal and Best Novice team to NITR.

Anusuiya Radhika, Varun Gakhar, Osho Chhel and Mihir Deshmukh were the adjudicators in the final.