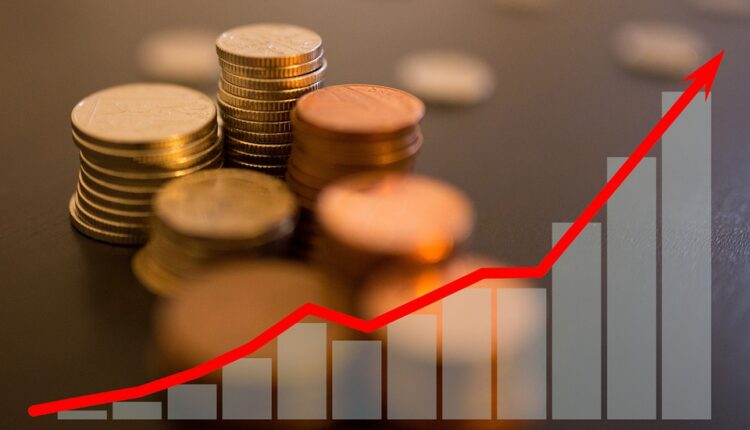 The Covid-19 pandemic triggered an unprecedented health crisis and humanitarian crisis. It pushed the world economy, already plagued by growth recession, into the quagmire of technical recession by triggering supply disruption and demand compression. An economy is said to be in a technical recession when negative growth in two consecutive quarters is witnessed.

The magnitude and speed of the economic collapse were unprecedented. The crisis undermined global financial stability, and large segments of the global economy ground to a standstill, including the informal economy. But now the world economy is not only plagued by an inflationary spiral but teetering on the brink of stagflation.

India has endured more than its share of bad news and suffering. As per the latest World Health Organization (WHO) report (released in May 2022), more than 4.7 million people in India are thought to have died because of Covid-19. This is the highest number in the world, that’s 10 times the official figures. The WHO report also mentions that the global figure was 15 million – more than double the official figure of 6 million.

ACTION IS TAKEN TO HEAL THE PANDEMIC’S ECONOMIC SCARS

Healing the pandemic’s economic scars demanded swift action, but most of the countries provided the stimulus packages, a major part of which included liquidity infusion, and reduction of interest rates. Excess liquidity did not ensure any discernible recovery as demand was compressed and the credit growth was subdued.

RBI governor Shaktikanta Das has reduced the repo rate by 2.25 percent and alone 1.35 percent from March 2019 -to May 2022 unnecessarily. When inflation breached the upper tolerance band of 6 per cent lower being 4 per cent fixed by RBI, the government simply ignored the threat of inflation stating it as an imported one especially attributing to the rise in the price of international crude oil.

Despite the fragile recovery since the onset of the pandemic, there was a brazen claim of robust economic recovery by some governments around the world, especially in India. Economic recovery is experienced when an economy is bouncing back from a recession and starting to expand again. The recovery starts when the recession bottoms out and ends once the economy has recovered all the gains that were lost. It then gives way to a new era of expansion.

A V-shaped recession and economic recovery is all about speed and sharpness. A V-shaped recovery is a best-case scenario, where the economy bounces back immediately after a sharp decline to go back to its pre-recession level in less than a year. The rebound can be bolstered by appropriate fiscal and monetary policies. This is treated as the best-case scenario for any economy that enters a recession as it quickly recovers without any complications.

A U-shaped recovery sees an economy experience a sharp fall into a recession like the V-shaped scenario, but a more gradual and slower recovery to pre-recession levels. This means the economy remains depressed for a longer period, possibly for several years, before growth starts to pick up again. This means the recession lasts longer, causing job losses and erosion of savings. If this process is more long drawn then it throws up the “elongated U” shape.

This is because, at first, it can look like an economy is undergoing a V-shaped recovery before it plunges into a second, often smaller, contraction before fully recovering to pre-recession levels. Markets are likely to be more volatile under a W-shaped recovery than any of the other letters on this list. Investors and traders can be under the illusion that the economy is about to recover only to find there is another dip. This scenario breaks consumer confidence and enters the full recovery period that can take up to 2 years. The economy will witness two recessionary periods.

Z-shaped recovery is the most optimistic scenario in which the economy quickly rises after an economic crash. It makes up more than for lost ground before settling back to the normal trend-line, thus forming a Z-shaped chart. This economic disruption lasts for a small period wherein more than people’s incomes, it is their ability to spend is restricted.

Nike “swoosh” recovery is a recovery scenario resembling the Nike “swoosh” logo, characterized by a steep drop and a gradual recovery, meaning that it takes much longer to return to pre-crisis growth levels than it took to fall into recession.

A variant of this is a square root-shaped recession where growth recovers but then plateaus before reaching pre-crisis levels.

A J-shaped recession implies a steep drop in growth followed by a slow rebound over a long period of time; if the drop-off in growth occurs over two quarters, the rebound in growth usually takes place over several years thereafter. This means that the economy would see a slow but steady return back to pre-coronavirus pandemic output, but certainly not immediately.

The “Q Recovery” will offer investors diverse opportunities, but not broad opportunities. This will be far from the “rising tide” markets of past cyclical upturns. However, within the narrower circle of winners, we believe returns will more than justify the risks of investment.

The K-shaped recovery is just a reiteration of what we called the bifurcation of the economy. It represents a split in the economic recovery: Some portions of the economy are bouncing back and heading higher, while other areas are continuing to suffer.

The K paints a pretty glum picture of growing wealth inequality. It portrays some sections of people accumulating wealth and others are getting impoverished. When we talk about K, the upper path of the K is clearly financial markets, the lower path is the real economy, and the two are separated. India is witnessing spiralling sensex, nifty, and plunging real economy.

WHO HANDLED THE CRISIS BETTER?

During the Manmohan Singh regime, India had to face two biggest crises such as global crisis and currency crises/taper tantrums. However, the Narendra Modi regime faced only the Covid-19 pandemic-induced crisis and Russia – the Ukraine war crisis. But the average growth rate of the UPA regime is better than that of the Modi regime.

During the great recession of 2009, India experience a growth rate of 4.5 when the world economy contracted by 3.3 percent. Other developed economies also witnessed contraction with the US (-3.4 percent), Euro area (-4.2 percent), Japan (-6.2 percent), and UK (-4.1 percent). Only China was ahead of India with a growth rate of 6.5 percent.

But during the pandemic-induced recession in 2020, when the world economy contracted by 3.3 percent, the Indian economy was contracted by 6.6 percent. But China’s economy grew by 2.3 percent. It is Dr Manmohan Singh, not Narendra Modi who handled crises better.

There are two key types of indicators to track in order to judge the state of the economy and where it is headed: lagging and leading indicators. The key difference between the two is that leading indicators can be used to help predict market movements while lagging indicators confirm trends that are already taking place. An economy is an amalgamation of everything – jobs, businesses, wages, currency strength, interest rates, consumer confidence, the stock market and so on.

India witnessed a growth of 8.7 per cent in 2021-22, though it is lower than earlier projections. But the grim reality is that this growth is due to pent-up demand and on the back of negative growth of 6.6 per cent seen in the previous fiscal.

The grim reality is that in the last two fiscals, the economy has grown only by 1.5 per cent. What is worrying is that per capita private consumption and per capita income remain below the pre-Covid level in 2021-22. The growth rate of 20.1, 8.4, 5.4, and 4.1 per cent in the four quarters of 2021-22 indicates that the economy is slowing down again.

India’s retail inflation rate measured in the consumer price index (CPI) was 8 years high at 7.79 per cent in April before marginally declining to 7.04 per cent in May 2022. It has been up more than 6 per cent for the past five months. Wholesale inflation rose to 15.88 per cent in May, which is the highest in the last 30 years. It has been in double digits for the fourteenth month in a row.

India’s overall unemployment rate rose to 7.83 per cent. The labour participation rate declined from 46 per cent in 2017 to 40 per cent in 2022. If India’s overall employment is compared with the world average of 55.8 per cent, India needs around an additional 18.75 crore employment to touch the global average. The employment scenario is so bleak that more than half of the 90 crore Indians of legal working age — roughly the population of the US and Russia combined — don’t want a job, according to the CMIE.

India’s market capitalisation-to-gross domestic product (GDP) ratio has been volatile, reaching 56 per cent of 2019-20 GDP in March 2020, from 80 per cent in 2018-19 and then sharply bouncing back to 112 per cent in 2021-22. The Indian market is no longer part of the coveted $3-trillion market capitalisation club. The latest route in the market has seen its value slip to $2.99 trillion, the lowest in nearly 13 months. From the peak of $3.67 trillion in January, India’s market cap has eroded by $676 billion amid rising bond yields and a record-breaking sell-off by overseas investors.

Another record low for rupee as risk-off sentiment looms across asset classes. The Indian currency breaches past the 78-mark versus the dollar. However, according to the Reserve Bank ‘s Consumer Confidence Survey (CCS) for May 2022, Consumer confidence for the current period has been consistently improving since July 2021. The survey obtains current perceptions (vis-à-vis a year ago) and one year ahead of expectations on the general economic situation, employment scenario, overall price situation and own income and spending across 19 major cities.

India’s foreign exchange reserves were at $604 billion as of April 8 equivalent to about 12 months of imports. The soaring inflation and unemployment with the concomitant economic slowdown establish that the Indian economy is in grip of the stagflation. The policy action is increasingly constrained due to elevated debt levels.

The K-shaped recovery paints a pretty glum picture of growing wealth inequality. It portrays some sections of people accumulating wealth and others are getting impoverished. When we talk about K, the upper path of the K is clearly financial markets, the lower path is the real economy, and the two are separated. India is witnessing spiralling sensex, nifty (declined recently), and plunging real economy.

But what is distressing is that In India, during the pandemic (from March 2020, through to November 30th, 2021) when 84 per cent of households in the country suffered a decline in their income in a year marked by the tremendous loss of life and livelihoods, the number of Indian billionaires grew from 102 to 142,

When more than 4.6 crore Indians meanwhile are estimated to have fallen into extreme poverty in 2020 (nearly half of the global new poor according to the United Nations) the wealth of billionaires increased from Rs 23.14 lakh crore (USD 313 billion) to Rs 53.16 lakh crore (USD 719 billion).

This indicates that whatever recovery is achieved as claimed by the government is a K-shaped recovery. A coordinated policy response – fiscal, monetary, trade, and industry – will be required for balancing the multiple macroeconomic policy objectives. The main agenda of the government should be price control and raising the purchasing power of the people.