France to make investment in Odisha 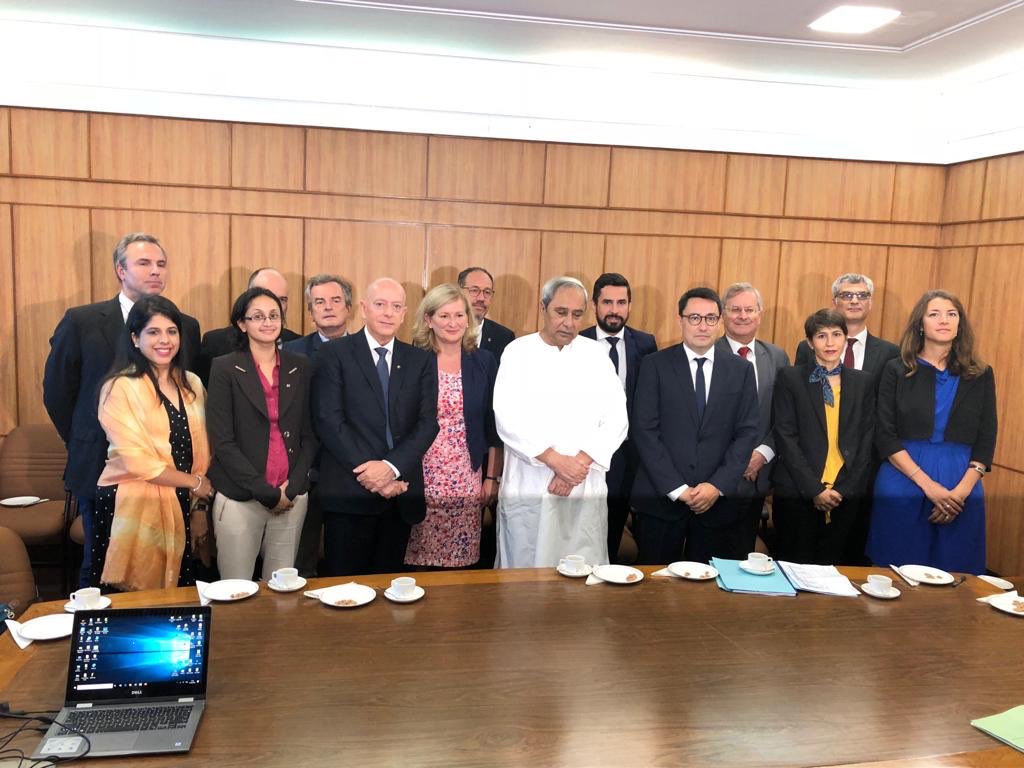 Bhubaneswar: In yet another success to Make in Odisha initiative by the government, France is keen on making investment in the State.

It was revealed during discussion between Odisha Chief Minister Naveen Patnaik and a foreign business delegation led by Ambassador of France to India Alexandre Ziegler at State Secretariat here today.

Different French-based companies have expressed their interest for investment in various sectors in Odisha especially in hotel, steel, electronics and energy, said a release issued from the Chief Minister’s Office.

During discussion with the French delegates, Patnaik urged them to invest in Odisha and participate in Make in Odisha Conclave scheduled to be held in November in Bhubaneswar.

Odisha has become an attractive hub for investment in the recent period. With proposed investment in the State, it will boost social, economic and trade relationships between Odisha and France, said Patnaik at meeting after welcoming the French Ambassador and business delegation.

“Odisha is rich in mines. It has been transformed into Aluminum capital in South Asia by producing 54 percent aluminum out of total aluminum production in India. Similarly, the State has become a steel hub with 25 percent steel of total production in the country,” he said.

The government is aiming for development of metal and allied industries in its vision 2030. A policy is also being drafted soon in defence and aerospace fields.

France Ambassador Ziegler and the members of Indo-French Chamber of Commerce and Industry (IFCCI) said that the attempts will be continued to improve business relationship between France and Odisha in the upcoming days while expressing their willingness for investment in Odisha.