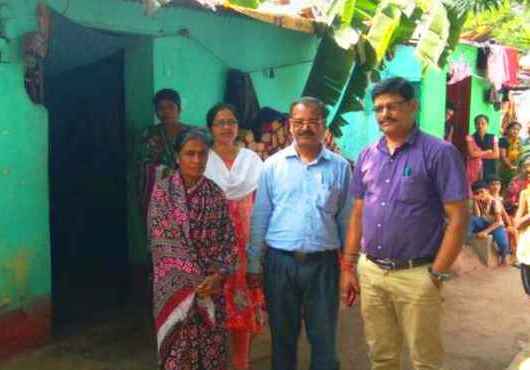 However, her son Babuli Panda is still missing.

After being felicitated by Prime Minister Narendra Modi during a programme at Raj Bhawan on Sunday, Sujata had wrongly boarded a Haridwar- bound Utkal Express when she lost contact with her husband Surendra Panda and son at Bhubaneswar railway station to return her hometown Jeypore. She was rescued in Balasore on Monday midnight.

Odisha government had directed the officials to make arrangements for her safe return to hometown Jeypore.

Notably, Sujata Panda and her husband Surendra Panda (son of Laxmi Indira Panda) were invited to Bhubaneswar to be felicitated by Prime Minister Narendra Modi at the Raj Bhawan here on Sunday to commemorate bi-centenary of Paika Rebellion.

They had taken a loan amount of Rs 3,000 to attend the felicitation ceremony.