Bhubaneswar: Under influence of the cyclonic circulation over Bay of Bengal, a fresh low pressure formed over south Andaman Sea and adjoining Thailand coast, informed IMD in a bulletin. 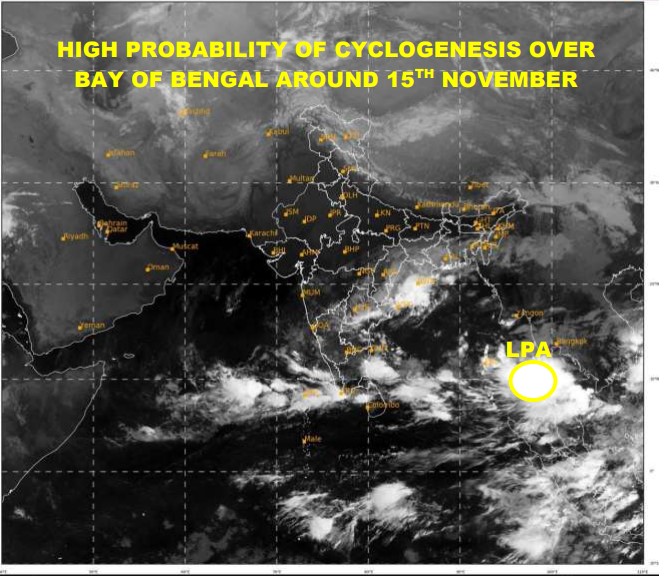 In view of above system, the IMD advised the farmers to drain out excess water from their rice field at milky grain to harvesting stage as it may lead to lodging. They should watch for disease &pest infestation like false smut, neck blast, Gundhi bug, BPH in rice & leaf spot, blight & damping off.