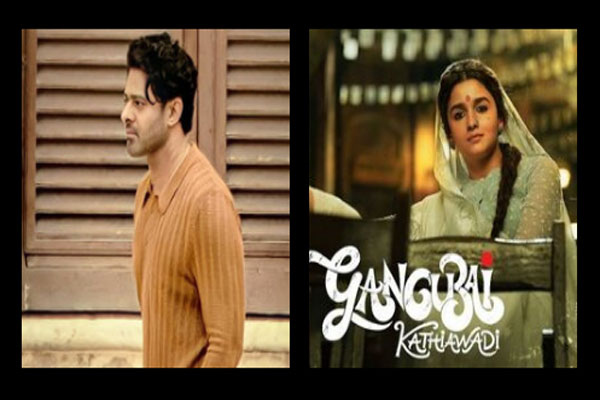 Mumbai:  Bollywood experienced a lull last year with hardly any film getting a theatrical release owing to the complete closure of cinemas. With business opening up, many films are ready to release and raring to go. The inevitable, of course, is happening with a slew of films announcing release dates. In an overcrowded market, multiple Fridays this year will see box office clash between two films.

“These sort of clashes should not happen, especially at this time. As it is, business is slow. People are not coming to the theatres in big numbers and the situation is not all that profitable. At this point of time, we cannot afford clashes,” says trade analyst Atul Mohan.

He adds that if producers only keep eyeing festive or strategic dates for release, such clashes are bound to happen and, what’s more, their films might not end up doing as well as they would have done as solo releases on regular Fridays.

“We have seen these festive clashes never work. If these films released on different days, they would end up making more money. If there is a clash of this kind then they eat into each other’s business. But if they space out their releases then they enjoy a free run,” says Mohan.

Talking about the huge number of films releasing this year, trade analyst Komal Nahta feels that not all will make it to the theatres on time. “Everything will not work according to announcements, and many of the films might not even release. At the end of the day, only films with good content will do well. Star cast really doesn’t make a difference at this point,” he says.

Producer, director and writer Karan Razdan, whose film Hindutva will release in August, agrees that content of the film makes all the difference. “I feel good films will run and bad films will not. Films that connect to the masses and hearts of people will run. It doesn’t make a difference when you are releasing the film. If a good film releases during exams or IPL, it still runs. If it is not good, even if you release it in an open week where there are no films, it will not run,” he says.

Here is a list of Bollywood clashes lined up as of now:

Prithiviraj v/s Jersey (November 5)
The Diwali weekend looks poised for what could be the most fascinating clash of the year, unless one of the films decides to prepone or postpone. An in-form Akshay Kumar takes on Shahid Kapoor, who returns for the first time on big screen after his 2019 blockbuster, Kabir Singh. The historical drama Prithviraj, starring Akshay with Manushi Chhillar, runs into Shahid’s cricket drama Jersey, also starring Mrunal Thakur.

Radhe v/s Satyameva Jayate 2 (Eid weekend)
Salman Khan fans have been waiting for Radhe: Your Most Wanted Bhai, and the superstar not long ago confirmed its release in the Eid weekend. While the cop action thriller Radhe, co-starring Disha Patani, opens on May 13, John Abraham returns as the vigilante cop in Satyamev Jayate 2, also a cop action thriller, a day later on May 14.