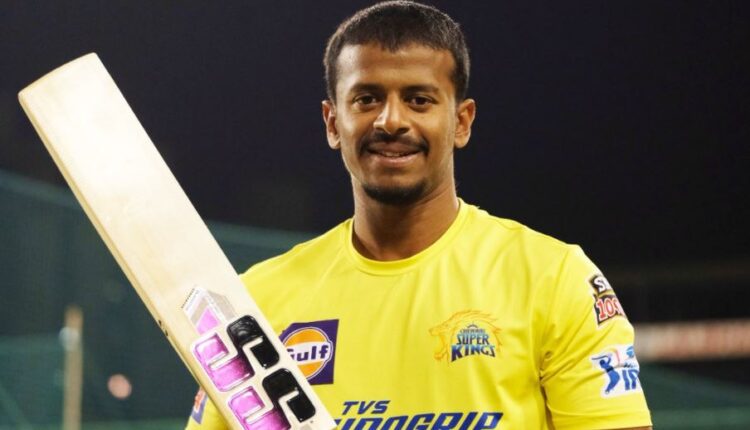 In an exclusive interview with Sambad English’s Samiran Mishra, Subhranshu went into great detail about his life, his cricket career, meeting MS Dhoni for the first time and much more.

How did your cricketing journey start?

I belong to a middle-class family and my dad is a teacher. A lot of people think that being born into a teacher’s family means that there is always that pressure of running after academic excellence. But thankfully I always received the support of my parents to pursue my dream of becoming a professional cricketer.

I started with tennis ball but my first foray into leather ball cricket came in my hometown Keonjhar’s inter-school tournament. I performed well to warrant a selection in the district team. The first two years were uneventful but from the third year my performances picked up and I was selected for the Odisha U-16 team. The following year I made my debut for the U-19 team and shortly after that played my first Ranji Trophy match against Vidharba in 2016.

Odisha coach Wasim Jaffer once named you as one of the players to watch out for. How has been the experience playing under him?

Of course, Mr. Wasim Jaffer is a legend. He is not only a titan of domestic cricket but also an international cricketer of great caliber. My initial reaction to his approach to the game was realising how different and professional he is. He has brought in a lot of ideas to make a difference in Odisha cricket and the culture here.

Being a stalwart for a championship-winning team like Mumbai for so long, he has brought that elite mindset with him. We feel extremely lucky that we are getting the opportunity to play for him and pick his brains. It has been an incredible learning experience.

Your performance in List A matches were better than in the Ranji Trophy this season. Would you say that you’re more suited to white-ball cricket than the longer format?

We as a team performed better in the Syed Mushtaq Ali and Vijay Hazare trophies than in the Ranji Trophy. We were certain that we would perform well in the red-ball matches but unfortunately that could not happen this season.

I am certain that I have the ability and potential to play in all formats. The team had expected a lot from me in the Ranji Trophy but I could not live up to that. I was really down for some time because of that but it will serve as a learning curve.

The biggest challenge for any batter is to perform well in any format under any condition. I am determined to get back to my best in red-ball cricket and I have identified a few things that I am doing wrong. As a batter you need to approach both formats – List A and First Class – differently. I realise that there are a few habits of mine in white-ball cricket that I should not carry into the longer format of the game. These are some changes that I need to make and I am sure next season will be much better.

What has been the biggest challenge in your career so far?

Having played domestic cricket for some time, my toughest challenge has definitely been performing consistently in matches. To be very honest I have never played for India-A or in the Duleep or Deodhar trophies because of my lack of consistency.

Even though I was playing regularly for Odisha, I was upset that I could not reach higher than Ranji Trophy. I was seeing my former U-19 East Zone teammates like Ishan Kishan, Abhimanyu Easwaran and Virat Singh playing for India or in the IPL. I am extremely happy for what they have gone on to achieve but a part of me always kept thinking that I need to work harder than ever to make the jump that they did.

Did you ever expect to get picked in the auction and what was your reaction?

I genuinely believed that this year might just be the year as I had performed reasonably well in limited-overs cricket. I was not just invited by CSK for trials but also by Mumbai Indians. I had even given trials for Punjab Kings but was unsuccessful. The new franchise Lucknow Super Giants had also approached me.

So I had a feeling that I will get picked up by one of these teams in this year’s auction.

I was with the Odisha Ranji Trophy team in quarantine at our base in Ahmedabad when the auction was live on television. I had kept the TV on since the morning but got tired and dozed off.

Then much later, I heard a knock on my door. Some of my teammates woke me up and quickly switched on the TV. I saw the auctioneer put my name in front of the cameras. And after that it’s just a blur. Words cannot possibly do justice to what was going on in my mind. My teammates were already dancing. I was congratulated by the entire squad. I then went to coach Jaffer who was very happy for me and gave me his blessings.

I got congratulatory calls from Chennai Super Kings CEO Kasi Viswanath and other personnel of the franchise.

The funniest thing happened with my family in Keonjhar. They were ecstatic for me and were celebrating among themselves but within 10 minutes of my signing, mediapersons completely surrounded our house. My family was shocked as this is not something that they had ever experienced in life. I had never expected to see my mother speaking to journalists standing in front of cameras. I have an older sister who is a teacher like my father and a younger brother who is playing district level cricket. They were all very happy and I am glad that I could put smiles on their faces.

How is life at CSK?

It is amazing how friendly and inclusive the club is. On the pitch, everyone is busy putting in the hard labour but off it, it is absolutely phenomenal. The staff and senior players will make you feel extremely comfortable and take the pressure off you.

The support staff, especially former Australian batter and our batting coach Mike Hussey, has been truly helpful. They have all made me feel welcomed here.

The training has been top notch.

How was your first interaction with Mahendra Singh Dhoni?

I met MS Dhoni for the first time on my first day of practice after serving a quarantine period. I introduced myself to all the players while getting on the team bus. Mahi bhai was last to get on. I had prepared a lot of things to say to him but words failed to come out of my mouth when he came in front of me. I could just manage to tell him my name before he went to his seat at the back of the bus.

My interactions with him picked up pace as practice continued. He is also a great footballer which I learned after playing with him. During net sessions, I could see from the corner of my eye that he was observing me every day.

Then one day during a shoot for an advertisement, I could manage to pick his brain for a few hours. For nearly three hours he advised me and gave me tips on things that transcend cricket. He is deeply philosophical in that sense.

As a young player who has grown up watching him, my first question to him was of course about his batting, how he prepares himself before an innings, his technique, etc. and he gave me a very smart answer. He advised me to first assess my own strengths and weaknesses before following someone else’s training regimen. He told me to work hard at the nets every day and use my brains to pick out the things that I am doing wrong, to fine tune my technique and learn from other cricketers during practice. Introspect and take a mental note of your game before adapting different methods to improve. That was a great piece of advice, in my opinion.

He gave me a lot of life lessons drawing from his own personal experiences in cricket. It was just incredible to sit across from him and soak it all in. He is one of the greatest cricketers of all time and I feel extremely lucky that I get to pick his brains every day.

What are your realistic aims and ambitions for this season?

I have come here with a very honest and open mind to learn from the best in the business. I am a professional cricketer and will work hard every day to be ready if and when the team needs me.

During state practice sessions we do not spend a lot of time in hitting practice. But the IPL is a different game. You need to learn how to hit the ball out of the park in order to survive. I am learning a lot here thanks to our trainers who have made some minor changes in my training to bring out the best version of me.

I am getting along with everyone. This is a team like no other. Everyone from the staff to players have created a very friendly atmosphere.

I am sure it will be an amazing experience to be a part of an IPL team for a full season even if I do not get to play.