From guarding forests to being mothers, Nuapada’s women forest guards multitask and how!

For women guards protecting the forests of Nuapada, balancing family life and challenging field tasks is an everyday affair. But they do not get exhausted mentally or physically as nothing precedes duty for these steely women 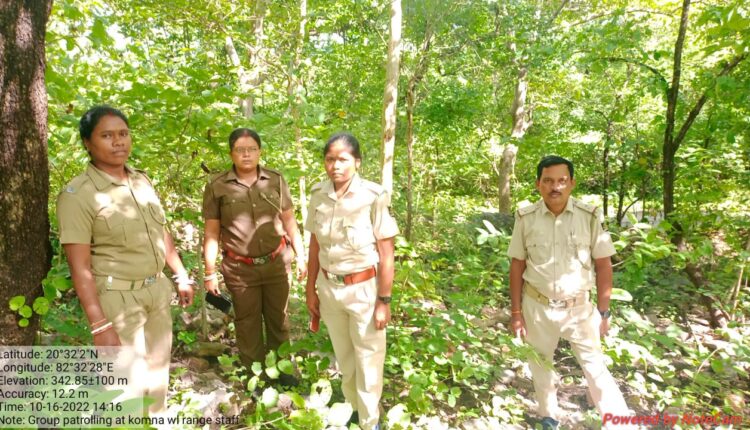 Nuapada: Rizwana Begum is not new to challenges. But she knows no fear, either.

As she gets ready for her regular patrolling, she packs baby food, diapers and clothes for her two and half year old daughter who has been accompanying her to work ever since Rizwana resumed duty post maternity leave. A forest guard for the last seven years, Rizwana has had her daughter for company at work, throughout pregnancy and after. Reason: She has no family support after her marriage to a Hindu man.Covering Dhingiamunda and Sinjhar beats of Sinapali forest range under Nuapada district’s Khariar territorial division, Rizwana is often seen riding her two-wheeler, carefully tucking in daughter Chaahat as she goes about about looking for trouble from poachers, timber mafia and of late, Naxal activities in her area of jurisdiction.

With Nuapada district known for its dense bear population, their straying into human settlements, active timber mafia and recurrent Left-wing menace in bordering areas, life of a forest guard doesn’t come easy, more so for women. And if they are new mothers, the anxieties of balancing parenthood with work only mount.

For those with family support, things are better but for those who don’t, like Rizwana, it’s an overwhelming affair. “I was on duty until my ninth month. After giving birth, my parents and in-laws both refused to take care of the child as they were against our inter-faith marriage. But I chose not to give in. I do my assigned duty while babysitting. She can’t sleep when I take her for night patrolling and at times, longs for attention which I can’t give in the middle of a task. But I think she is getting to understand her mom’s work and together we make it work,” says Rizwana as she changes her daughter’s nappy and quickly conjures up a story to distract her. 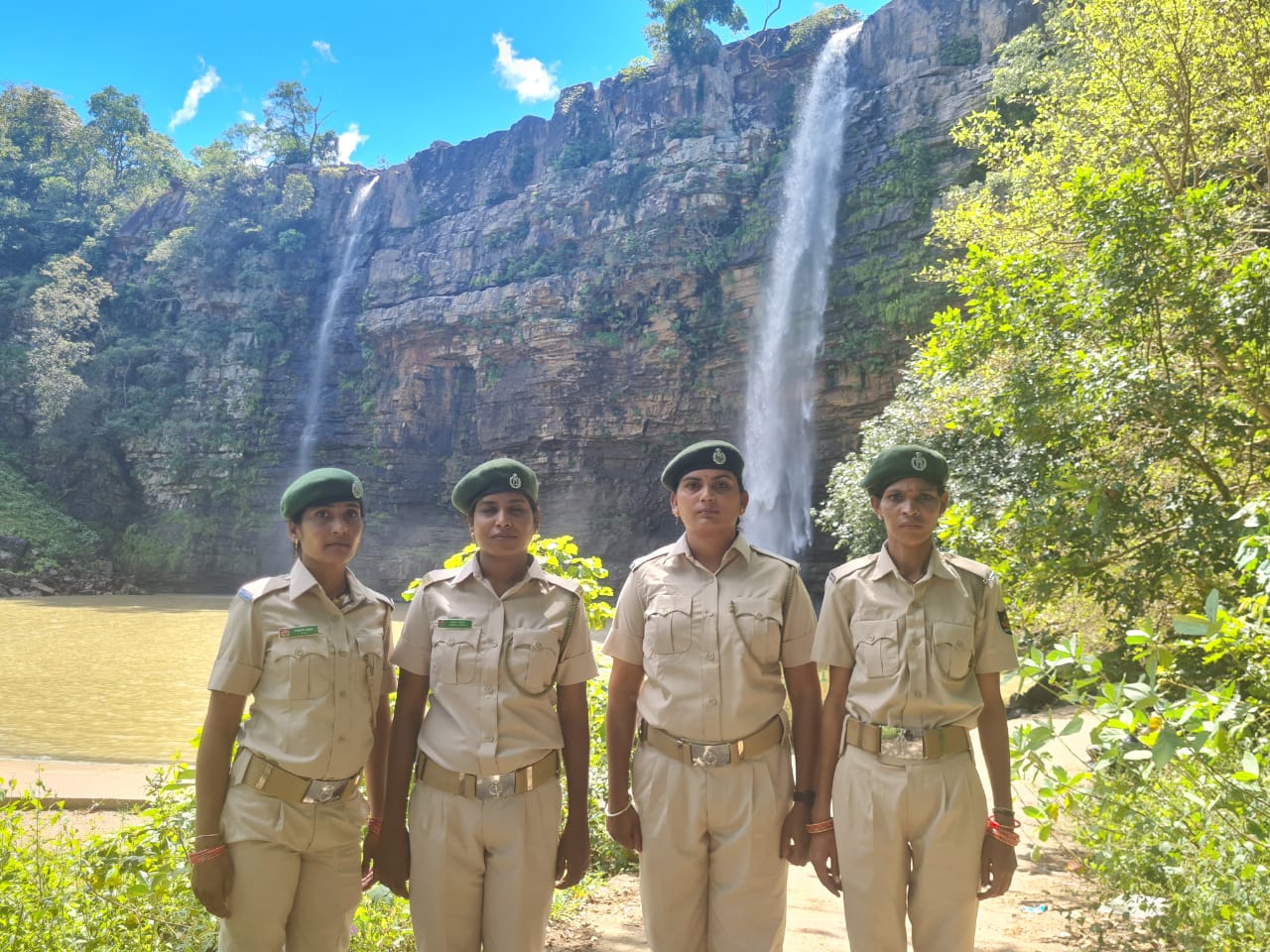 Hemalata Nial’s experience is no different. A forest guard in charge of Dumerbahar and Michapali beats in Sunabeda Wildlife Division’s Komna range, she was initially posted in the sanctuary’s core area after her joining in 2016. “With no mobile network and no village in the vicinity, my family life in those one and half years took a toll. My daughter was just 2 years old then and whenever I would come home, she would just cry and refuse to let me go. I had to leave only after putting her to sleep. When I would call from work, she would be inconsolable,” she recalls, adding that though her elder son was understanding, it was always agonising to stay away from her children. However, nothing precedes duty, the 34-year-old emphasises.

Sunabeda Wildlife sanctuary, a proposed tiger reserve in Nuapada, has been in news after it became a hotbed of Left-wing extremists more than a decade back. Here, tiger estimates had been put on hold for 11 years due to the recurrent Naxal activities. In 2009, guerillas had ransacked the range office at Cherechuan and destroyed the beat house at Soseng, a month later. In November that year, the ultras had killed an anti-poaching watchman and a former ward member. The following year, a forester of Katingpani was brutally killed by Maoists just a few days before the census was about to begin, triggering widespread fear and demand for adequate security by wildlife staff. Since then, keeping a channel of communication with villagers, making them aware of forest rights and cautioning them from being influenced by the Maoists has been one of the toughest tasks for the forest field staff, specially female guards whose interaction with the locals tops their daily mandate.

When asked about how her family deals with the risks involved in encounters with Naxals, poachers and wild animals, Hemlata says she had made the demands of her profession clear at the time of her marriage and her husband, a school teacher in Komna, has been very supportive in managing the house in her absence. “It feels unsettling when villagers tell us that the Naxals were seeking information about us. Even now, there are active camps of the ultras in the sanctuary. The first thought that comes to my mind is who will take care of my children if anything happens to me. But I remind myself that I signed up for this field of work and everything that comes along with it,” she stresses.

To this, Hemalata’s colleague from Haluapali beat under the same range Kalyani Sabar agrees. Sabar, 30, says though there are challenges in every field, the life of a forest field staff is tough, given the routine confrontations with poachers, active timber and sand mafia and accidental attacks from wild animals. But in the middle of all this, tending to family is a challenge. “In case of children, the first two-three years are difficult. It would help if the department comes up with creches,” she suggests, adding that the department should also provide security and adequate resources to them while patrolling. “We go on our two-wheelers with the forest watcher and at times, alone for patrolling.While the challenges are many, a compassionate approach from department authorities comes in handy for many. Official sources said they consider the family responsibilities of female guards before posting them at faraway places. Sinapali ranger Murari Prasad Panda says as a team, they understand the circumstances of our female colleagues especially when they have young children.” So we do group
patrolling and allow them some flexibility. But policy changes are needed at many levels. There should be provision for female guards to stay in range headquarters as the beats are remote and lack even basic facilities. The department should also come up with facilities for their children so that they can be at ease on duty,” he adds.

Outlook of world towards India has changed: President Murmu