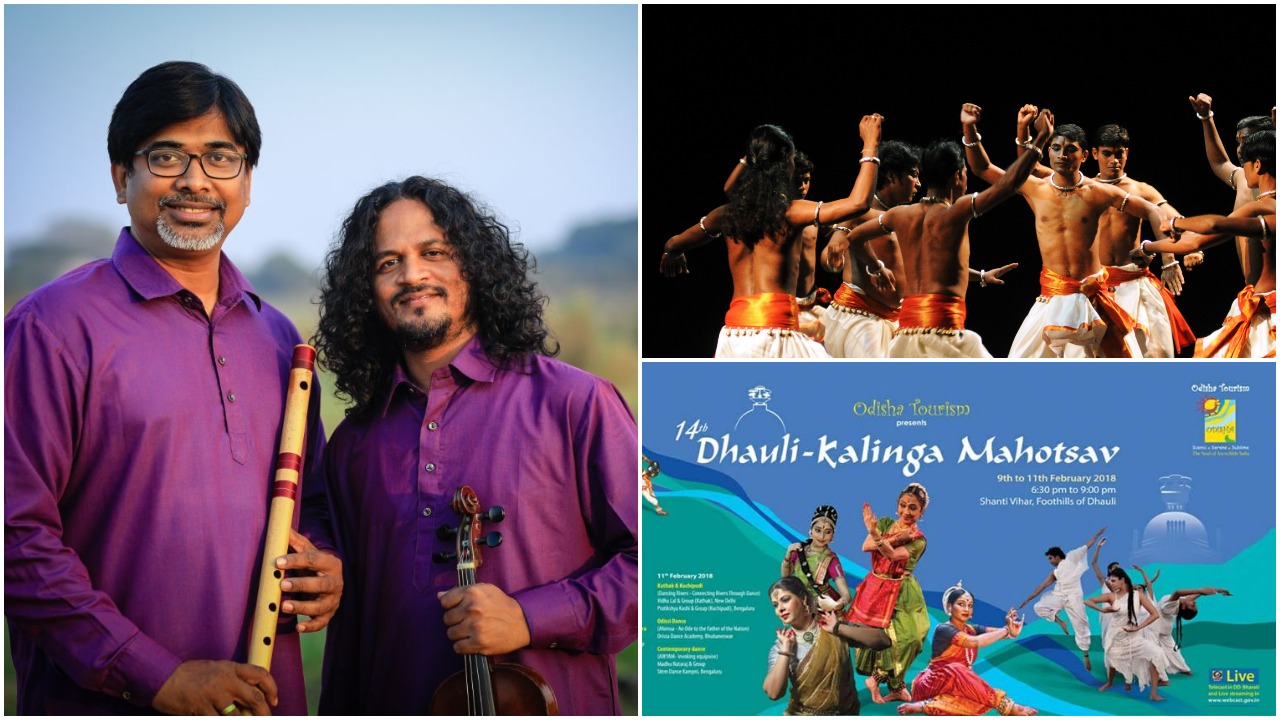 Bhubaneswar: The very mention of Dhauli evoke images of the bloodiest war of Odishan civilization. It is said that the battle between erstwhile Kalinga (present-day Odisha) and Mauryan Dynasty was so fierce that Daya river flowing near the foothills had turned completely red because of bloodshed.

As a befitting tribute to the indomitable spirit of Kalinga warriors, the inaugural day of three-day Dhauli-Kalinga Mahotsav, beginning Friday, will witness the virile strength and elastic softness of the war dance of the princely state of Mayurbhanj.

The young dancers of Mayurbhanj Chhau Performing Unit will be performing, ‘Panchabhoota’, choreographed by Dr. Ileana Citaristi at the festival.

The last couple of days, the morning sun kissed Dhauli hills with the rehearsal by these dancers, perfecting every moves and steps.

“It was a ballet which I had choreographed in 1997. I revived a shorter version of it along Chhau techniques. It revolves around the five elements – Earth-solid, Water-liquid, Fire-heat, Wind-prana, Ether-space,” said Ileana.

The five elements are visualised through different choreographic patterns in their original and harmonious state. Intrusion by men and technology creates a serious imbalance leading to self-destruction, which is restored by rediscovering an intimate relationship between man and nature, said Chhau dancer Subhasree Mukherjee and the brain behind Project Chhuni under which the martial dance form of Odisha is being revived.

The group had recently been to Pune and Mumbai with its first production ‘Pratibimb’ choreographed by Kathak danseuse Shama Bhate from Pune, which was an infusion of Chhau movements with the sensibilities of Kathak in expression and music.

Instrumental Fusion and Manipuri Dance are the other attractions of the evening.

The all-Odia artiste musical band, Shivagni, will set the mood for the evening with Hindustani raagas served in Irish and Arabic platter.

“It was Odissi Guru Ratikant Mohapatra who suggested that we form a group and play fusion music. After six months of hard work and rehearsals, we came up with eight compositions. The group’s maiden performace was at Guru Kelucharan Mohapatra Memorial Festival of Dance and Music in September last year. This is our third performance after one at Chausathi Jogini temple,” said flautist Srinivas.

They will be performing four pieces at the upcoming festival. “To give an Irish feel to their performance, Djumbe, a kind of drum, will be used. The last piece will be ‘Joy of Sound’ based on Kirwani,” he said.

With the beginning so grand, the three-day festival promises to be an affair to remember for art and dance connoisseurs.