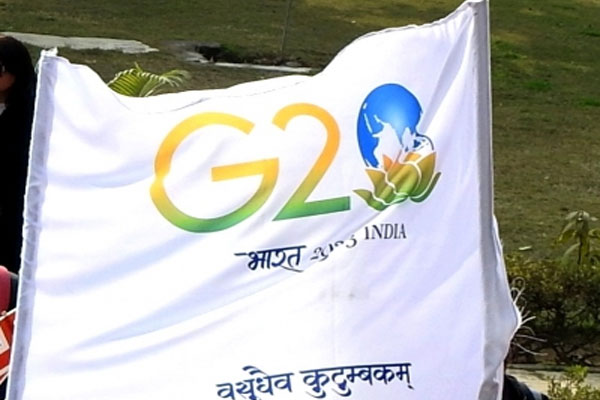 New Delhi: The first G20 environment meeting under G20 India Presidency will be held from February 9-11 in Bengaluru.

Officials said that four meetings of the Environment and Climate Sustainability Working Group (ECSWG) are scheduled to be hosted by the Ministry of Environment, Forest and Climate Change (MoEF&CC).

The discussions at ECSWG will focus on the agenda ‘Promotion of Blue Economy along with Coastal Sustainability’, ‘Restoration of Degraded Lands and Ecosystems’ and ‘Enhancement of Biodiversity’ and ‘Strengthening of Circular Economy’.

India will be holding the Presidency of G20 for one year till November 30, 2023. The forum will bring together the G20 member countries, guest countries and international organisations invited by India.

Through the Sherpa Track, 13 Working Groups and two initiatives will meet under India’s Presidency to discuss priorities and provide recommendations. Environment, Climate & Sustainability is one of the working groups under the Sherpa Track.

Leading to the first meeting in Bengaluru, Mysuru Zoo in coordination with Central Zoo Authority organised a Two-Day National Conference for Zoo Directors of India on January 18 and 19.

Officials said that the conference mainly focused on “Master Planning and Building the National Capacity for species Management & Conservation Breeding.” In this conference, 59 participants from 25 states and a union territory participated. It was inaugurated by the Mayor of Mysuru City corporation and succeeded in drawing attention to conservation practices.

The G20 delegates are scheduled to visit the Kalkere Arboretum and Bannerghatta Biological Park at Bengaluru. At Kalkere, the delegates will have an opportunity to visualise and experience four predominant forest ecosystems of Karnataka state. The State Forest Department will also showcase the forest restoration models adopted in these ecosystems and the successful revival of faunal biodiversity in these areas.

The Bannerghatta Biological Park will showcase the state-of-art butterfly park and animal safaris to the delegates. The Karnataka Forest Department will also highlight the flagship ecotourism model, the Jungle Lodges Resort, which is extremely popular for nature lovers, globally.