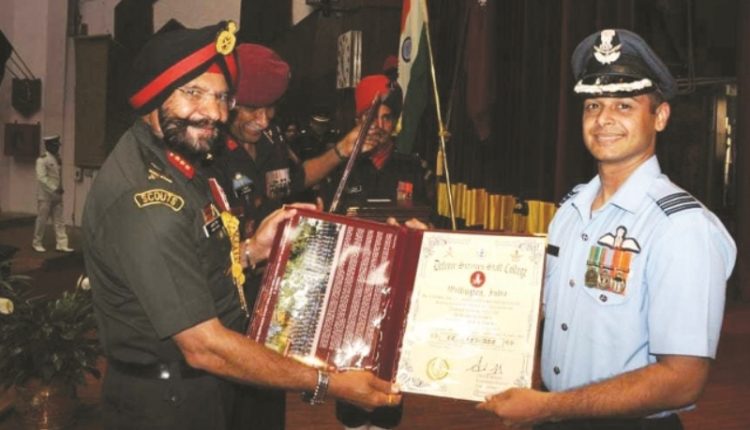 Worth mentioning, the Indian Space Research Organisation (ISRO) has planned Gaganayaan in 2022.

Nikhil is an Indian Air Force (IAF) Pilot by profession. He along with three others from India has completed the training at the Gagarin Cosmonaut Training Centre (GCTC) in Russia.

A resident of Sudapada in Balangir town, Nikhil joined the IAF in 2004. Currently he is working as a Wing Commander at the Chandigarh airbase.

He will be the first Odia to be part of the space mission.

Odisha Governor Ganeshi Lal said he was extremely delighted to know that Rath has been shortlisted for the ambitious first human mission to space of ISRO.

I wish him success in the upcoming one year training in Russia, Lal said.

Union Minister Dharmendra Pradhan, who is in hospital isolation after testing positive for coronavirus in his twitter post wrote Elated to learn that Wg. Cdr. Nikhil Rath of @IAF_MCC has been shortlisted to be part of the 4 member crew of Indias first manned space mission, Gaganyaan 2022.

“It is a matter of immense pride that this son of Odisha will be a part of this significant & prestigious mission,” he wrote.

Happy to know that @IAF_MCC Wing Commander Nikhil Rath of Balangir, Odisha has been shortlisted to be part of the human mission to space in the prestigious #Gaganyaan project of @isro. Heartiest congratulations to the ace pilot from the state for getting this opportunity, Union MInister Pratap Chandra Sarangi said in his twitter post.

Sarangi said, “Pretty sure that he (Rath) would hone his skills during the one year rigorous training in Russia. Wishing him all the best for the final selection!.