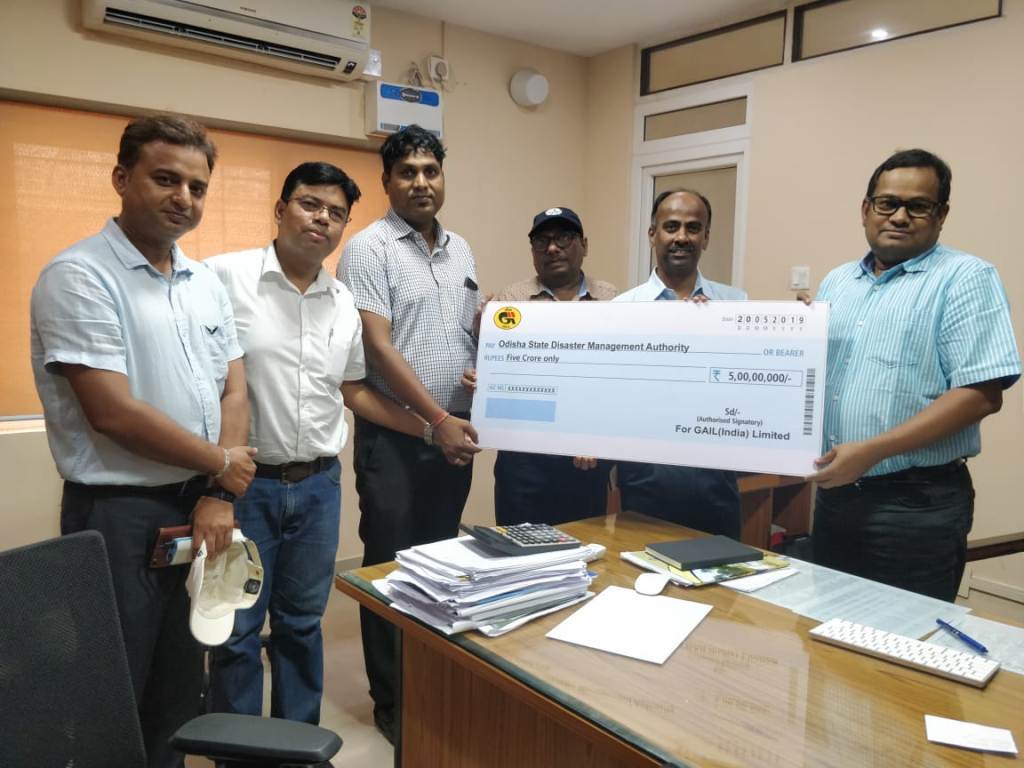 Bhubaneswar: In the wake of the devastation caused by Cyclone Fani in Odisha, GAIL (India) Limited today contributed Rs 5 crore to Odisha State Disaster Management Authority (OSDMA) as support towards relief and rehabilitation efforts in the state.

GAIL, a central PSU, has an expanding presence in Odisha where it is constructing the Jagdishpur – Haldia & Bokaro – Dhamra Natural Gas pipeline. It also operates the City Gas Distribution networks in Bhubaneswar and Cuttack. After the cyclone, GAIL restored CNG supply in the cities within days with the help of generator sets.