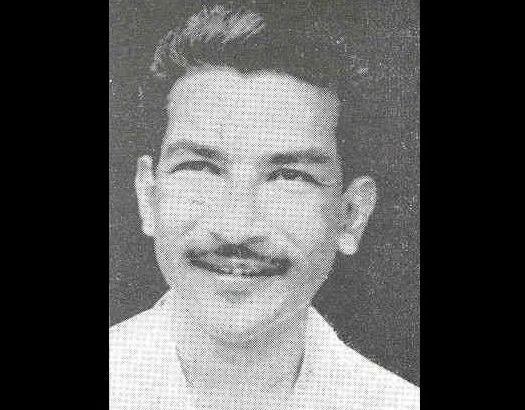 “Tawp tawp, tawp tawp, Ghoda Chale, Ghoda Chale,
Bhara Di’pahara khara bele…”
These lines from Akshaya Mohanty’s popular number immediately conjures up the images of the Kanchi expedition of the Gajapati Maharaja of Puri and the sound of galloping hooves of war horses reverberates in the ears of music lovers of Odisha. All Odias love the stories of Gajapati’s expeditions, whose kingdom once stretched from the Ganges to the Godavari. But if one tells that the Gajapati of Puri once fought an electoral battle in Khurda, it may be difficult to believe.

But it is true. The Gajapati Maharaja of Puri, Bira Kishore Deb had fought the assembly elections from Khurda constituency in the year 1967 from ‘Jana Congress’ party and his chief adversary was Dr. Benudhar Baliarsingh from Congress.

Gajapati Bira Kishore Deb (III) is the father of the present Gajapati of Puri, Dibyasingha Deb (IV). His name before coronation was Jenamani Nilakantha Deb. Born on 2nd July 1929 to the Royal family of Puri, he was the All Round Athletic Champion of Rajkumar College, Raipur in 1945 and 1946 during his college days. An excellent football player, he represented Odisha in the prestigious Santosh Trophy in 1947-48. Later he played for Mohammedan Sporting Club of Kolkata. He was a skilled horse rider and used to participate in equestrian events in Kolkata Turf Club. He was a Tennis player, a painter and also a lover of music. He was coronated as the Gajapati of Puri after the death of his father Gajapati Ramachandra Deb (IV) in 1957 at the age of 28 and, as per tradition, assumed the name of Gajapati Raja Birakishore Deb.

He decided to enter the electoral battle in 1967 as a candidate of the newly formed ‘Jana Congress ‘ party formed by Dr. Harekrushna Mahatab. It was not new to the royal family as his younger brother Thatraja Rajraj Deb had already entered electoral fray in 1961 Assembly Elections and had won from Satyabadi constituency on the ticket of Ganatantra Parishad. His brother-in-law, the Maharaja of Kalahandi, Pratap Keshari Deo had also been in politics for a long time representing Kalahandi in both Lok Sabha and Vidhan Sabha for a very long time

For Gajapati Bira Kishore Deb, it was the first ever electoral battle in Khurda and he did exceptionally well in his maiden attempt by defeating his nearest rival Dr. Benudhar Baliarsingh by a handsome margin. Out of the 32,996 valid votes, Gajapati polled 16,303 votes while Baliarsingh could poll only 8,926. At the state level, ‘Jana Congress’ bagged 26 seats and their coalition partner Swatantra party got 49 seats in the 140 member Assembly. Together they formed the Government with Rajendra Narayan Singhdeo as the Chief Minister.

Gajapati Bira Kishore Deb continued in the treasury benches. But ill luck had something else in store for him. He died in 1970, barely after 3 years in the Assembly at a young age of 41. That was an untimely end for what could have been an illustrious political career for this multi-talented Gajapati Raja of Puri.