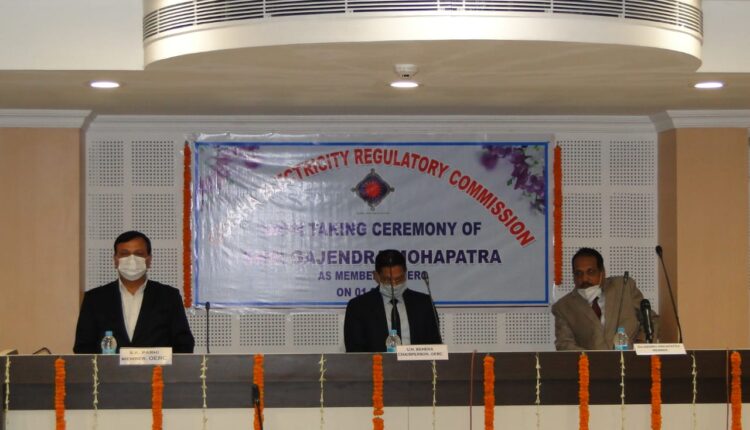 Bhubaneswar: Gajendra Mohapatra, former Director, Lokyukta, Govt of Odisha, was sworn in as the Legal Member of Odisha Electricity Regulatory Commission (OERC) by Upendra Nath Behera, Chairman at 11 am on June 1 at the Conference Hall of the Commission.

Among others, S K Parhi, Member and officers of OERC were present on the occasion.

Born on May 26, 1960 at Kanikapada village under Dasarathpur block of Jajpur district, Gajendra Mohapatra enrolled as an Advocate and joined practice at Bhubaneswar Bar. He joined the Odisha Judicial Service and had served as a Judicial Officer in Baragarh, Aska, Bhubaneswar, Kamakhyanagar and Rourkela.

He was Registrar (Judicial) of the Orissa high Court before his appointment as the Director of Public Prosecutions, Odisha, Bhubaneswar. Later, he served as the Special Judge (Vigilance), Balasore and District and Sessions Judge, Dhenkanal prior to his assignment as the Director (Prosecution Wing) to the Lokayukta, Odisha.

His career as Judicial Officer included commendable work on civil, criminal, sessions and vigilance cases. During his stint as the Director of Prosecution of the Lokayukta, Odisha, Mohapatra had actively participated in organising awareness programmes in different parts of Odisha to disseminate knowledge about the anti-corruption mechanism.

Relief for power consumers as tariff remains unchanged for…