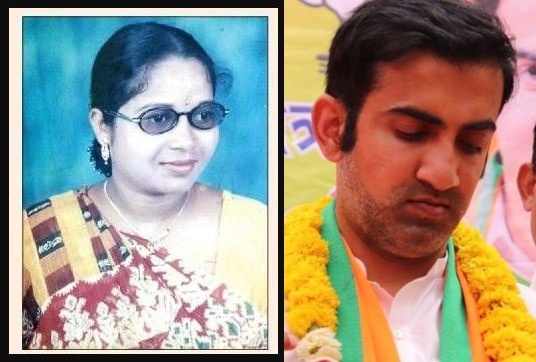 Bhubaneswar: MP and former cricketer Gautam Gambhir in an exemplary act of humanity performed last rites of a woman from Odisha, who was working as a domestic help at his residence for six years, amid nationwide lockdown restrictions.

The deceased, identified as Saraswati Patra of Kusunpur village in Byasanagar area of Jajpur district, was admitted to Sir Ganga Ram Hospital in Delhi few days ago as she was battling diabetes and blood pressure for a prolonged period. However, she breathed her last while undergoing treatment on April 21.

Though the office of the parliamentarian contacted the woman’s family members regarding cremation, shifting of the body to Odisha was not possible due to imposition of lockdown restrictions.

Left with no other option, Gambhir, who had taken care of Saraswati throughout the course of her illness, performed her last rites himself as her mortal remains could not be sent back to her native place.

His act earned accolades for him from various quarters and leaders, including Union Minister Dharmendra Pradhan. “His act of compassion will enliven the faith in humanity for millions of poor, who are working far from their home for livelihood and will garner respect from all folds of the society,” Pradhan tweeted.