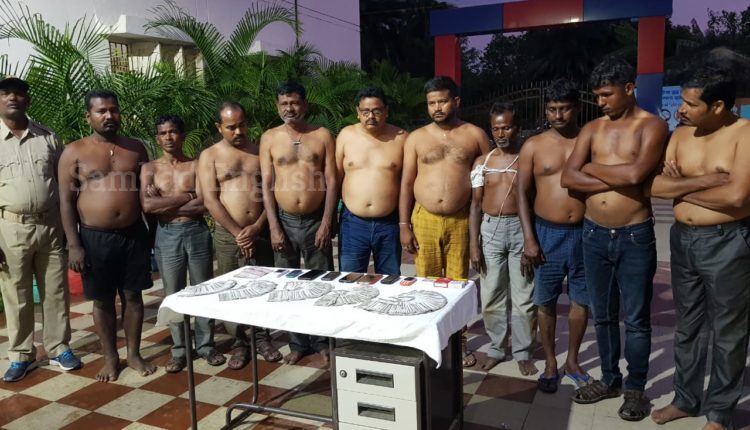 Aska: The police today busted a gambling den near Subarneswara temple under Aska police limits of Ganjam district today afternoon. Acting on reliable information, a police team raided a house near the temple and arrested 10 persons.

A police official said all the accused will be forwarded to court tomorrow.

During Dussehra last year, the police had registered more than 20 cases and arrested more than 100 persons for gambling.